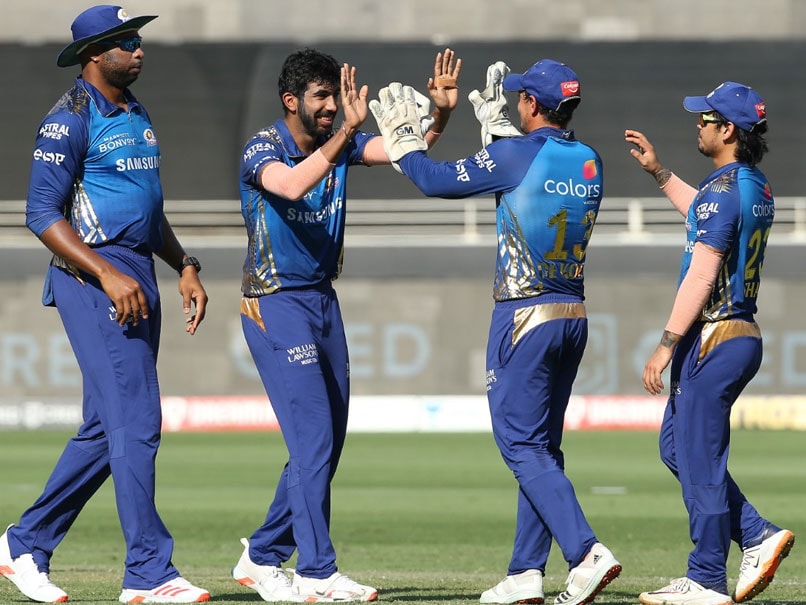 IPL 2020: Jasprit Bumrah took over the Purple Cap after his three-wicket haul.© BCCI/IPL

Mumbai Indians thrashed Delhi Capitals by nine wickets in a one-sided affair at the Dubai International Stadium on Saturday. After the bowlers restricted a strong Delhi batting lineup to a paltry total of 110 for nine in 20 overs, Ishan Kishan smashed a half-century to help Mumbai register an easy win over Delhi. It was Delhi's third consecutive loss in this tournament. Anrich Nortje was the only Delhi bowler who managed to pick up a wicket, as he cleaned up Quinton de Kock with a back of length delivery. Kishan kept going from the other end and finished the game with a huge hit over deep midwicket as MI chased down the target with over five overs to spare.

New Zealand pacer Trent Boult was once again outstanding with the new ball in hand as he sent Shikhar Dhawan packing for a duck.

In his next over, Boult got the better of Prithvi Shaw. He made 10 runs off 11 deliveries.

Delhi captain Shreyas Iyer and Rishabh Pant then steadied the innings with a 35-run stand for the third wicket.

Rahul Chahar forced a false shot from Iyer and he was stumped on 25.

Jasprit Bumrah then trapped Pant right in front of the stumps and ended his stay in the middle. The wicketkeeper batsman made 21 runs.

Wickets kept falling at regular intervals and Delhi Capitals struggled their way to 110 for nine from their allotted 20 overs.

De Kock and Kishan made light work of the small target and made sure Mumbai distance themselves from other teams at the top of the IPL 2020 points table.

Trent Boult Ishan Kishan Delhi Capitals vs Mumbai Indians, Match 51 Cricket
Get the latest updates on T20 World Cup, check out the T20 World Cup Schedule and Live Score . Like us on Facebook or follow us on Twitter for more sports updates. You can also download the NDTV Cricket app for Android or iOS.