Unmukt Chand Does An Anil Kumble, Plays With Broken Jaw

Unmukt Chand was captain of the Indian Under-19 team that won the 2012 ICC World Cup. 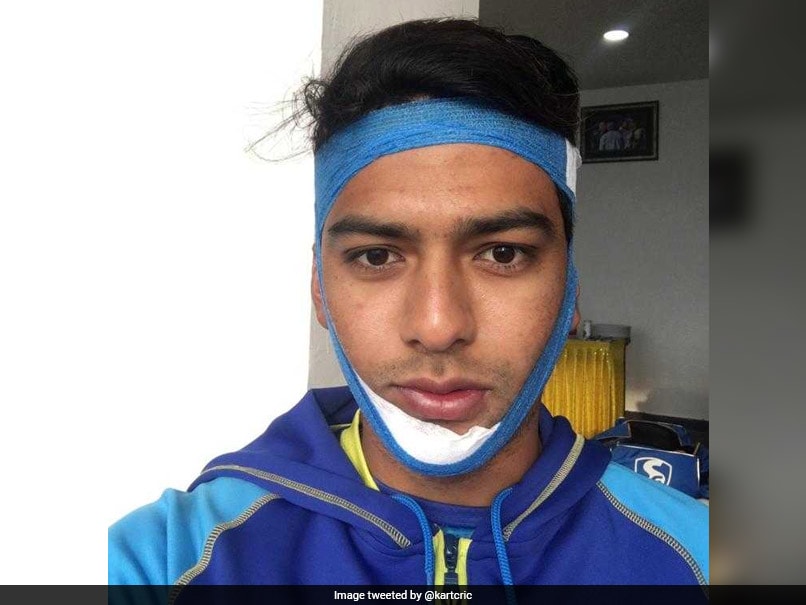 Despite his injury, Unmukt Chand smashed a brilliant century against Uttar Pradesh.© Twitter

The sight of legendary leg-spinner Anil Kumble bowling with a bandaged face against the West Indies during the Antigua Test in 2002 is one of the most inspiring moments in the cricket history. On Thursday, Delhi opener Unmukt Chand registered his name in such a list when he came to the crease with a broken jaw during the Vijay Hazare Trophy against Uttar Pradesh. Chand suffered injury while practicing in the nets.

Despite his injury, Unmukt, who is a former Under-19 World Cup winning captain, smashed a brilliant century to guide Delhi to a 55-run win over Uttar Pradesh.

Scored a brilliant century with broken jaw???? This is the 1st step @UnmuktChand9 to redefine yourself!! Best wishes for ur future nd hopefully u'll surely make a blasting comeback!! pic.twitter.com/7E1TTKN5WU

Broken jaw? Ah doesn't matter! Brilliant 100 in the Vijay hazare trophy opener for Unmukt chand vs Up. This is after that important 50 he struck to win the #SMAT final for delhi. He is coming back fellas, he is!! #UPvDEL #VijayHazareTrophy #VHT pic.twitter.com/9s1ClkThcr

Put in to bat by Uttar Pradesh captain Akshdeep Nath, Delhi posted a mammoth 307 for 6 in their allotted 50 overs. Unmukt played 125 balls and scored a magnificent 116. His innings was studded with 12 boundaries and three sixes.

The Unmukt Chand-led under-19 cricket team had trounced Australia in the final of the 2012 World Cup.

India continued their dominant show this time too.

Prithvi Shaw led India to a big win over Australia in the final to claim the ICC U19 World Cup 2018 for a record fourth time.

This is the second time that India have defeated Australia in the final after 2012.

India thus became the first nation to win the ICC U19 World Cup four times. They had earlier won the title in 2000, 2008 and 2012. Australia are second on the list with three titles.

Comments
Topics mentioned in this article
India Cricket Team Unmukt Chand Anil Kumble Cricket
Get the latest updates on IPL 2021, IPL Points Table , IPL Schedule 2021 , live score . Like us on Facebook or follow us on Twitter for more sports updates. You can also download the NDTV Cricket app for Android or iOS.