Umesh Yadav said that he missed out on a county stint as BCCI's workload management policy didn't allow him to play more than two-three games. 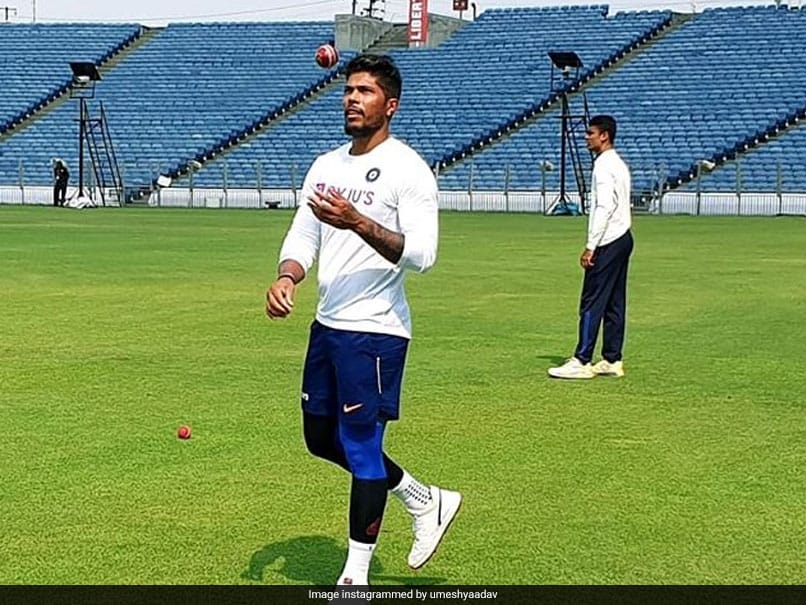 The BCCI has been very clear about workload management of players and that has seen someone like Umesh Yadav having to skip an opportunity to play county cricket. Speaking to media on the eve of the Ranji Trophy game between Delhi and Vidarbha, Umesh said that he did get an offer from Gloucestershire, but had to stay away keeping the workload guidelines in mind. "I got a county offer last season (from Gloucestershire). They wanted me to play seven games, but the BCCI workload management policy doesn't allow me to play more than two or three games. So, the deal didn't work out. Also I had some niggles to take care of after IPL," he revealed.

So does that mean that the workload policy needs a re-look, Umesh feels that it should be a case of each individual being treated as per their position and match time.

"Workload management is a balance that you strike when you are constantly playing matches. In my case, it's been the opposite. I have played lesser and lesser in the past two years (2018 and 2019). So there hasn't even been optimum workload for me.

"I am 31 and the next four to five years are very important. If you look at my record, I played four Tests last year (2019) and before that another four in 2018. In white ball, I played only one game last year.

"At this age, the more I bowl, the better I will get. That's why I am playing five first-class (one vs Saurashtra after this game) to have some more workload," he explained.

In fact, with the Indian selectors looking at him more as a red-ball specialist, Umesh doesn't have much to do after the New Zealand tour.

"So, in a World T20 year, after New Zealand tour, I have only IPL left and then no cricket. If I am not selected for white-ball cricket, I have precious little to do then," he pointed.

Does that mean he will be open to county offers? "The concern about county cricket is that if they have a professional playing for them, they would hand over the ball to him and expect that bowler to send down maximum overs," he said.

Umesh Yadav Cricket
Get the latest updates on Fifa Worldcup 2022 and check out  Fifa World Cup Schedule, Stats and Live Cricket Score. Like us on Facebook or follow us on Twitter for more sports updates. You can also download the NDTV Cricket app for Android or iOS.