"Let's See If He's In A Good Mood": Tim Paine Takes A Dig At Virat Kohli

Tim Paine is known for his witty banter, whether it is behind the stumps or at pressers, and this time he took aim at India captain Virat Kohli. 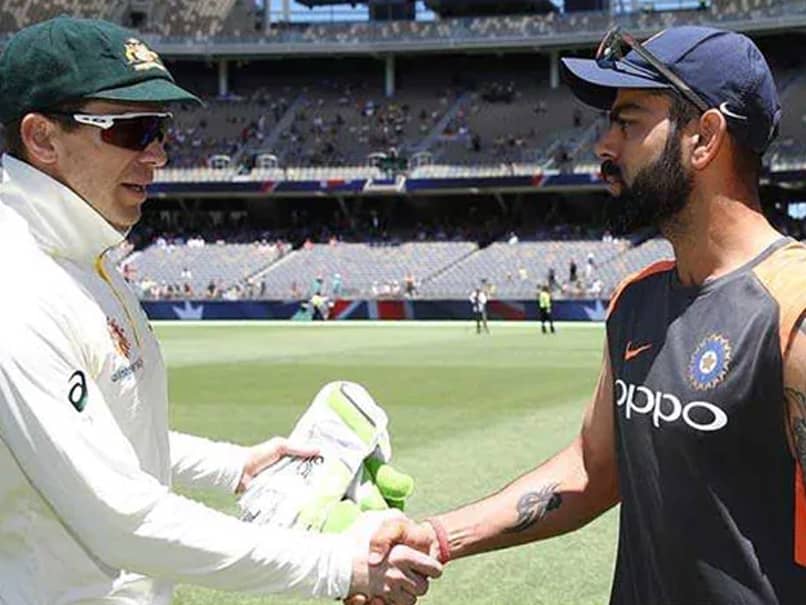 Tim Paine was at his witty best at the press conference after Australia beat Pakistan at the Gabba, coming up with a sarcastic riposte to a question on whether he would want to play India in Brisbane when they visit next year. Tim Paine took aim at Virat Kohli and said that Australia would love to play at the Gabba and are waiting on the Indian skipper's "permission", before adding that they could get a day-night Test as well if Kohli was "in a good mood".

The Gabba has traditionally been the venue for the first match of the Australian summer, but against India last year, the first match was played at Adelaide. In fact, the Gabba - a fortress of sorts for Australia - did not feature at all in the entire series.

"We'll certainly try and we'll have to run that by Virat," the Australian Test captain said, drawing laughs from the reporters present at the presser. "We'll get an answer from him at some stage I'm sure," he added.

Asked if he would like to start the next Australian summer at the Gabba, he reiterated his point.

"That's where we like to start our summer and it has been for a long, long time except for last summer. As I said, we'll ask Virat and see if we can get his permission to play here and maybe even get a pink-ball Test if he's in a good mood," he quipped.

Ahead of India's first day-night Test, which they won handsomely against Bangladesh, Virat Kohli had said that he was open to playing a pink-ball Test in Australia as long as India could get a day-night practice match at the venue.

India had also refused the opportunity to play a day-night Test at Adelaide when they last toured Australia.