"Thank God You Were Born": Virat Kohli's Birthday Wish For Anushka Sharma Will Melt Your Heart 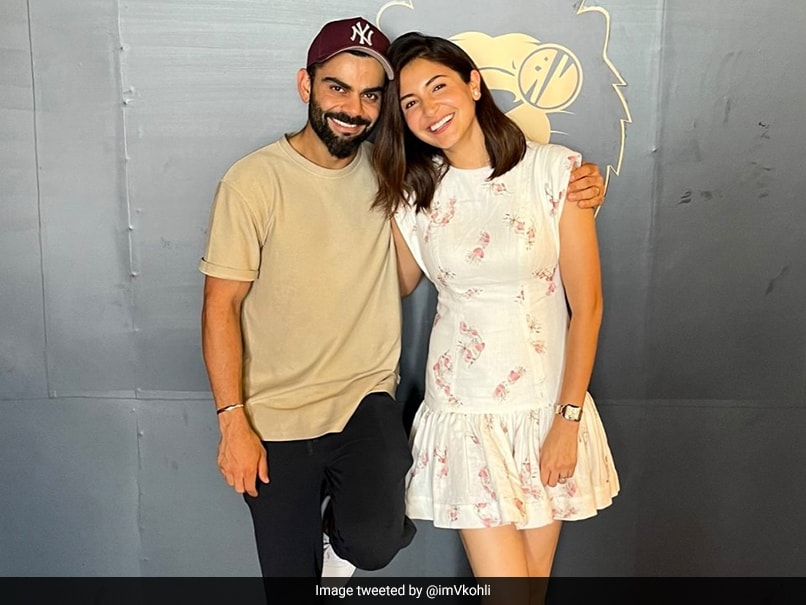 Virat Kohli on Sunday took to social media to wish his wife and Bollywood star Anushka Sharma on her birthday. "Thank god you were born," he wrote in his adorable message to her. "I don't know what I would do without you. You're truly beautiful inside out," he added. "Had a great afternoon with the sweetest folks around," he wrote about the celebrations. Kohli shared two photos, one with Anushka and the other with members from the Royal Challengers Bangalore (RCB) squad and support staff, as well as Danish Sait, who portrays 'Mr Nags' for the Indian Premier League franchise.

Thank god you were born . I don't know what I would do without you. You're truly beautiful inside out . Had a great afternoon with the sweetest folks around ????@AnushkaSharma pic.twitter.com/JxGEnBtHXW

Squash star Dipika Pallikal, who is married to Kohli's teammate Dinesh Karthik, was also seen in the photo.

A day before her big day, she was seen with Pallikal supporting RCB from the stands as the took on Gujarat Titans.

Anushka was seen cheering Kohli on as he hit his first half-century in 14 IPL games.

RCB, however, suffered a six-wicket defeat in the match.

Kohli had two scores in the 40s this season, but then a string of poor performances put him under pressure.

With a fifty under his belt, he would like to kick on and carry on the momentum from the last match.