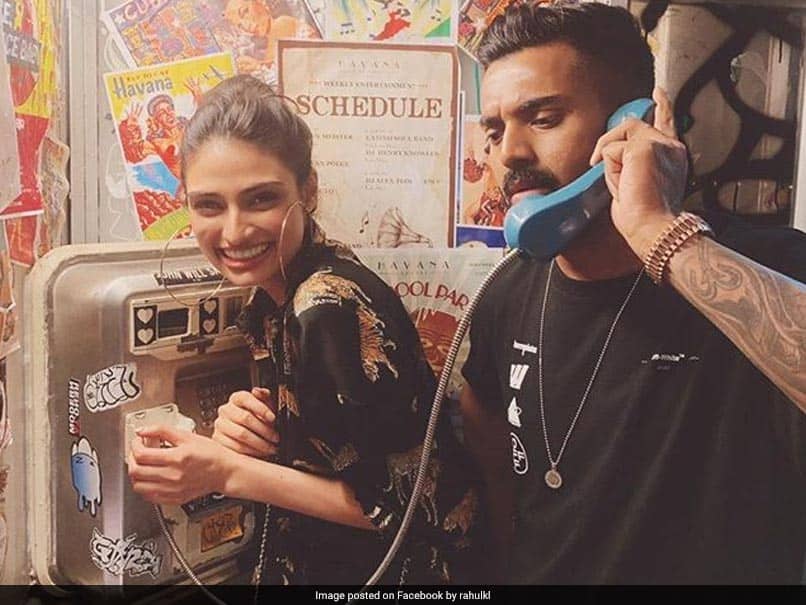 Bollywood actor Suniel Shetty had a priceless reaction to daughter Athiya's picture with Team India opener KL Rahul after the cricketer shared it on Instagram with a famous dialogue from the iconic movie 'Hera Pheri'. KL Rahul, who is seen holding a telephone in the picture, captioned it, "Hello, devi prasad....?". Meanwhile, Athiya Shetty, who made her Bollywood debut with 'Hero' in 2015, was all smiles in the picture. Suniel Shetty, who starred in 'Hera Pheri' and its sequel with Akshay Kumar and Paresh Rawal, commented with three laughing emojis and an 'OK Hand' emoji. Team India all-rounder Hardik Pandya also commented on the post, calling KL Rahul and Athiya Shetty "cuties".

KL Rahul and Athiya Shetty were rumoured to be dating on social media. However, they are yet to confirm about any such development.

He notched up a century and a half-century in the series with a high score of 102 runs.

The right-handed batsman has also been included in the India squad for the ODI series at home against Australia.

Rahul has represented India in 26 ODIs and 34 T20Is and will look to keep his form intact for the T20 World Cup next year.

KL Rahul Cricket
Get the latest updates on India vs England Series, India vs England , live score and IPL 2021 Auction . Like us on Facebook or follow us on Twitter for more sports updates. You can also download the NDTV Cricket app for Android or iOS.