Steve Smith had tied the knot with his long-time girlfriend Dani Willis on September 15, 2018. 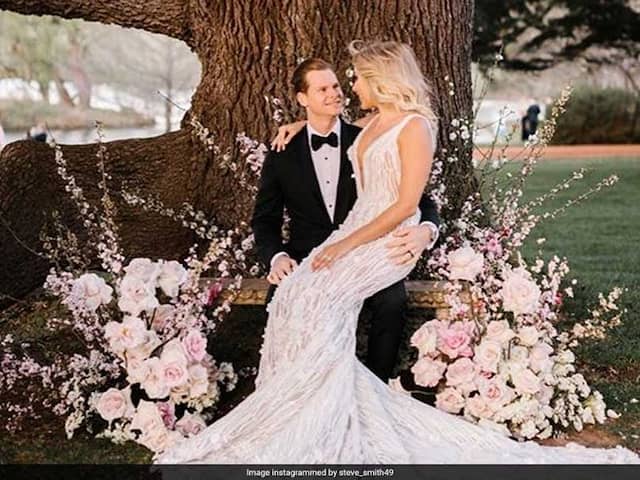 Steve Smith has gone through some hard times in the past year following the infamous ball-tampering scandal in South Africa. The former Australian captain, who has made a sensational return to Test cricket, thanked his wife Dani Willis for her "support, guidance and love" on their first wedding anniversary. Steve Smith had tied the knot with his long-time girlfriend Dani Willis on September 15, 2018 in Sydney. The Australian batsman, who is currently on national duty, touring England for the Ashes 2019, took to Instagram and posted a picture. "Happy 1st wedding anniversary @dani_willis thanks for all of your support, guidance and love. I love you!," Smith captioned his picture with wife Dani Willis.

Happy 1st wedding anniversary @dani_willis thanks for all of your support, guidance and love. I love you!

Smith met Willis at a Sydney bar during the inaugural season of the Big Bash League (BBL).

The 29-year-old cricketer had then proposed to Willis, who has studied law and commerce at Macquarie University, atop the Rockefeller Centre in New York in 2017. Willis is a lawyer by profession.

Smith has scored two centuries and a double century in the ongoing Ashes, amassing a total of 751 runs in his first Test series after serving the ball-tampering ban.