Simon Katich believes that winning the just concluded ODI series in India will give Australian players a lot of confidence going into the World Cup. 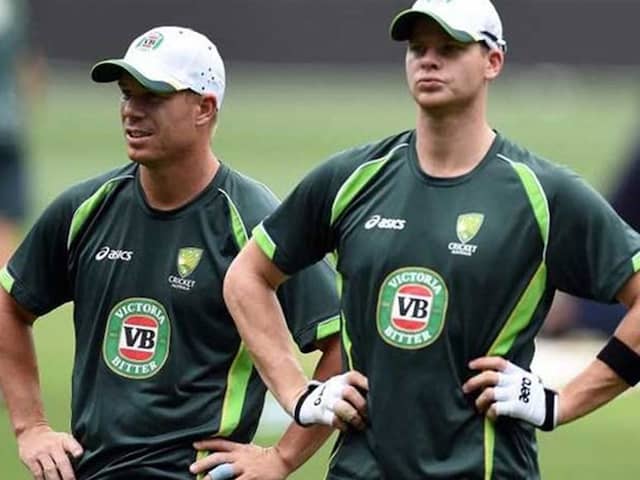 With Steve Smith and David Warner about 15 days away from the end of their year-long bans, former Australia batsman Simon Katich feels their return will add much needed experience to the Australian squad ahead of the ICC World Cup 2019, starting on May 30 in the UK. "Having the class of Smith and Warner coming back into the mix, gives us a lot more confidence with our squad moving forward for the World Cup. So great result for Australia, and I hope that it continues throughout the English summer," Katich told reporters in Kolkata on Thursday.

Katich believes that winning the just concluded One-Day International (ODI) series in India will give the Australian players a lot of confidence going into the World Cup later this year.

India surrendered a 2-0 lead in the recently concluded 5-match series as the Australians made a superb recovery by winning three consecutive matches to claim the series.

"It is a very god result, given how tough a summer it has been. You know, losing to India in Australia for the very first time..it was tough for the Australians to take. They deserve all the credit in coming to India and winning," Katich said.

"Australia have not been playing great ODI cricket for the past 12 months, so I think what they showed here in India is a lot of spirit and determination," he added.

There were several players in the Australian team who produced outstanding performances, most notably opener Usman Khawaja, who was the highest scorer of the series with two centuries and an equal number of half-centuries.

With the 50-over World Cup coming up in a a couple of months, Katich asserted that the Australians will have plenty of options whey they get down to the task of selecting the squad for the marquee tournament.

"A few new faces propped up and grabbed their chance. There was Usman Khawaja at the top of the order, he was outstanding. Aston Turner down the order was excellent at the back end of the innings. So it has given the Australian selectors some interesting decisions to make ahead of the World Cup squad selection," he said.

David Warner Simon Katich Cricket
Get the latest Cricket news, check out the India cricket schedule, Cricket live score . Like us on Facebook or follow us on Twitter for more sports updates. You can also download the NDTV Cricket app for Android or iOS.