Steve Smith and David Warner's bans come to an end in about 15 days. 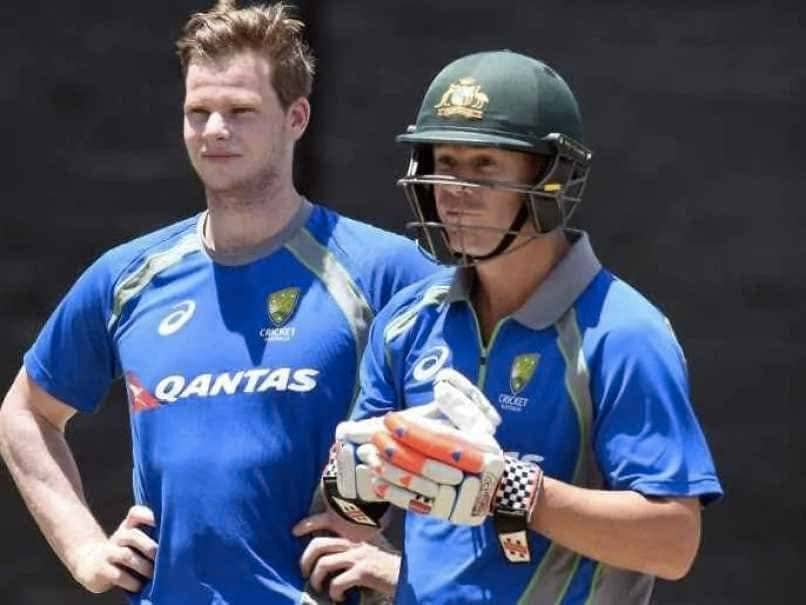 Australia will take on Pakistan in a five-match One-day International series in UAE.© AFP

Steve Smith and David Warner, with their bans set to end in about 15 days, will meet the Australian squad in Dubai along with the coaching staff as a collective unit for the first time to discuss the ICC World Cup 2019, starting on May 30 in the UK. According to a report published by cricket.com.au, the Australian duo will report for the Indian Premier League following the meeting in UAE, where Australia will take on Pakistan in a five-match One-day International series, their final 50-over assignment before the World Cup.

Australia are currently playing India, in a lengthy tour of two T20 Internationals and five ODIs that ends in Delhi on Wednesday.

The five-match ODI series, which is India's last before the World Cup, is currently level at 2-2.

Smith and Warner were given one year bans for their involvement in the ball-tampering scandal in South Africa last year. The ban will end on March 29.

The first ODI of the five-match series between Australia and Pakistan will be played on March 22 in Sharjah. Even though, the final two ODIs are scheduled after their suspensions lift, Smith and Warner were not considered for selection on the ground of their match fitness.

The Indian Premier League (IPL) 2019, on the other hand, will begin on March 23. Steve Smith plays for Rajasthan Royals, while David Warner is an integral part of Sunrisers Hyderabad franchise in the IPL.

"The elbow feels really good. This was the first time I've faced fast bowling in the nets and it's all coming along really nicely," Smith told reporters at Drummoyne Oval on Tuesday.

"I've been in the nets a few times now facing the 'wanger' (ball thrower) and it's all on track for me to play the first game of the IPL if I'm picked. The plan is that I'll gradually start throwing again during the IPL and I'll be full tilt by the time the World Cup rolls around," he added.

Rajasthan Royals are scheduled to play their first match on March 25.

Sunrisers Hyderabad
Get the latest updates on India vs Australia Series, check out the India vs Australia Schedule for 2020-21 and Ind vs Aus live score . Like us on Facebook or follow us on Twitter for more sports updates. You can also download the NDTV Cricket app for Android or iOS.