Steve Smith and David Warner were not picked for the upcoming ODI series against Pakistan in UAE. 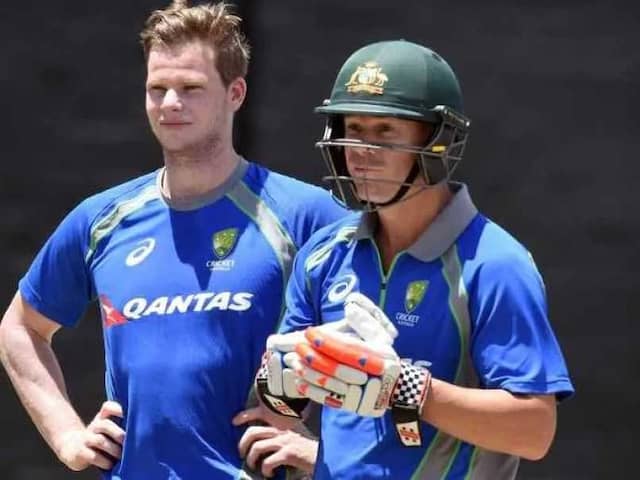 Steve Smith and David Warner will look to make their international returns at the World Cup 2019.© AFP

Steve Smith and David Warner were both not included in Australia's squad for the One-Day International (ODI) series against Pakistan in UAE despite being eligible for the final two games after their ball-tampering bans expire. Australia named an unchanged squad from the original 15-man group that is currently on tour of India. Fast bowler Mitchell Starc is another big name missing with the left-armer ruled out due to an injury. Speaking about Smith and Warner's absence, selector Trevor Hohns said it had been decided they would be better served playing their way back into contention at the Indian Premier League (IPL).

Hohns said returning through IPL 2019 was deemed the best route back for the star duo.

"After consultation with members of the National Selection Panel, Greg Chappell and Head Coach Justin Langer, Interim EGM Team Performance Belinda Clark, CA Medical Team and both players, it has been agreed Steve Smith and David Warner will not be available for selection for the final two matches of the series against Pakistan," Hohns said in a statement.

"While their bans will be finished on March 28, Steve and David have been working through rehabilitation from elbow surgery and it has been agreed the best pathway for them to return to play is in the Indian Premier League, a strong competition which features some of the world's best players."

Australia are currently in India for a limited-overs series. Australia won the two-match T20I 2-0 but are trailing 0-2 in the five-match ODI series. India and Australia will clash in the 3rd ODI today in Ranchi.

Hohns said that the Australian team had made "pleasing progress" in India and that was the reason for not breaking up the group for the UAE tour.

"The squad has started this tour well against a very good Indian side, they won the T20I Series and have pushed the hosts in the opening two matches of the ODI series in challenging sub-continent conditions," said Hohns.

"The squad is making pleasing progress ahead of the World Cup, and with three matches remaining in India and the five match series against Pakistan to come, we believe they will benefit further from the continuity of playing together."