With 59 needed in the final three overs, Sri Lanka were staring down the barrel but Dasun Shanaka launched a stunning assault on the Australian bowlers to give his side a famous win. 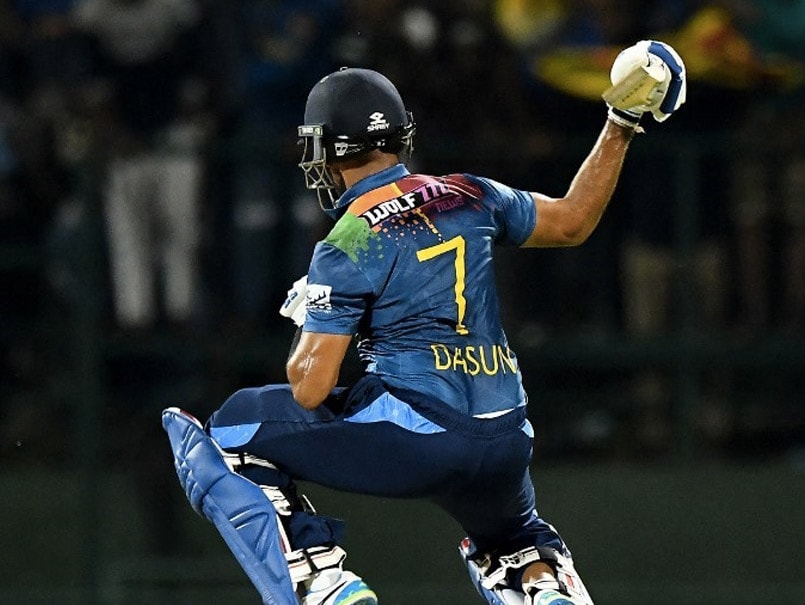 With the series already bag, Australia went into the final Twenty20 International (T20I) looking to register a whitewash over Sri Lanka in their own backyard. And for nearly three quarters of the match, Australia were in prime position to clean sweep the series. However, Sri Lanka captain Dasun Shanaka changed the script and how, bringing Sri Lanka back from the dead to pull off a thrilling win over the visiting Australians. Few would have given Sri Lanka even a hope of winning when they were left needing 59 runs off the final three overs. But Shanaka launched a stunning assault on the Australian bowlers to take his side home with a ball to spare.

Struggling at 108 for six in the 15th over, Shanaka and Chamika Karunaratne shared a match-winning 69-run stand for the seventh wicket.

Watch how Sri Lanka, led by Shanka, did the unthinkable to leave the Aussies shell-shocked:

Sri Lanka were chasing a target of 177 to finish the series on a high after going down miserably against the visitors in the first two matches.

Shanaka scored an unbeaten 54 off 25 balls with five fours and four sixes to seal a four-wicket victory.

Needing 19 off the final over bowled by Kane Richardson, the skipper hit two fours and a mighty six to level the scores with one ball remaining.

Richardson then bowled a wide to hand the win to the home side.

"I took a few balls to get in. I read the wicket well, so I didn't throw my wicket away. Process is always important," Shanaka said after his player-of-the-match performance.

Sri Lanka Cricket Team Sri Lanka vs Australia, 3rd T20I Cricket
Get the latest updates on ICC T20 Worldcup 2022 and CWG 2022 check out the Schedule, Live Score and Medals Tally. Like us on Facebook or follow us on Twitter for more sports updates. You can also download the NDTV Cricket app for Android or iOS.