Faf du Plessis has been in a rich vein of form currently, notching scores of 78, 50 not out, 57 and 40 not out, in his last four international innings. 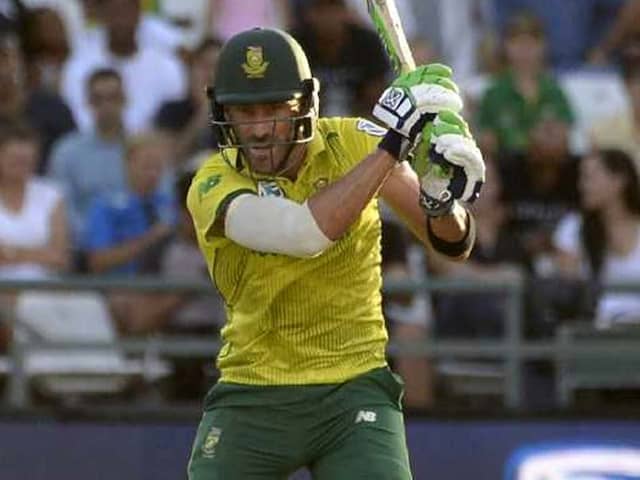 Faf du Plessis will not be part of the South Africa squad for the final two T20Is vs Pakistan.© AFP

Cricket South Africa has decided to rest skipper Faf du Plessis for the last two Twenty20 internationals against Pakistan while announcing David Miller as the stand-in captain. Seamers Kagiso Rabada and Dale Steyn have also been rested for the T20Is, while wicket-keeper Quinton de Kock and all-rounder Jean Paul Duminy will miss the games due to injury, according to an ICC statement.

"Giving David (Miller) a leadership role is another way that we are broadening our leadership resources within our respective squads," said South Africa national selector, Linda Zondi.

"David has a wealth of experience and is a well-respected figure within the Proteas environment. The last two matches will be an opportunity for us to grow potential leaders for the future."

Du Plessis has been in a rich vein of form currently, notching scores of 78, 50 not out, 57 and 40 not out, in his last four international innings.

While the Proteas are already 1-0 up in the three-match rubber, it will be interesting to see if Pakistan can take advantage of facing a relatively inexperienced hosts in the final two outings.

The second and third T20Is will be played in Johannesburg and Centurion on Sunday and Wednesday, respectively.