Sourav Ganguly congratulated Stuart Binny on his retirement and said the all-rounder's contribution to Karnataka cricket "will be written in golden letters". 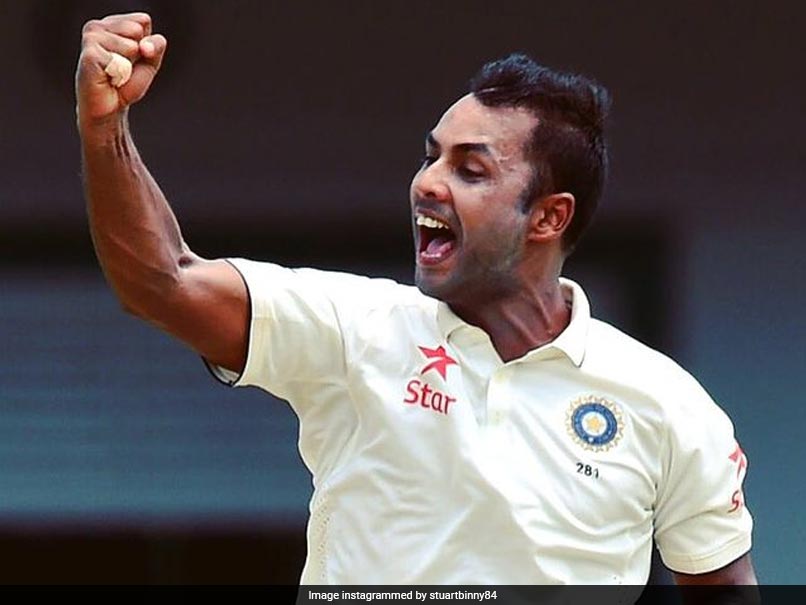 All-rounder Stuart Binny announced his retirement from all forms of cricket on Monday.© Instagram

The Board of Control for Cricket in India (BCCI) President Sourav Ganguly on Monday said Stuart Binny's contribution to Karnataka cricket would be written in golden letters. Binny announced his retirement from all forms of cricket on Monday. "I would like to wish Stuart Binny all the very best for his future endeavours. He has had a long career. First-Class cricket is the base for a good international set up and Stuart had an immense contribution in that. His contribution for Karnataka State Cricket Association, which has produced so many players of repute, will be written in golden letters. I wish him all the success in his life," Ganguly stated in an official BCCI release.

Talking about Stuart, BCCI Secretary Jay Shah said: "Stuart Binny has been a true servant of Indian cricket and the all-rounder has contributed heavily in the domestic circuit as well. His dedication and sincerity towards the game shall be an inspiration for the future cricketers who are looking to pursue the game. I wish Stuart good luck for the future."

A right-handed batsman and a medium pacer, Binny, played 6 Tests, 14 ODIs and 3 T20Is for India. Stuart's best moment in India colours came in 2014 when he ran through the Bangladesh line-up, registering the best-ever ODI bowling figures (6/4) by an Indian.

A solid contributor in First-Class cricket, Stuart, played 95 First-Class games in his 17-year career scoring 4,796 runs and picking 148 wickets. Playing for Karnataka, Stuart was part of the Ranji Trophy-winning team in 2013-14.

Stuart Binny Sourav Ganguly KAR Cricket
Get the latest updates on IPL Auction 2023 and check out  IPL 2023 and Live Cricket Score. Like us on Facebook or follow us on Twitter for more sports updates. You can also download the NDTV Cricket app for Android or iOS.