Stuart Binny Announces Retirement From All Forms Of Cricket 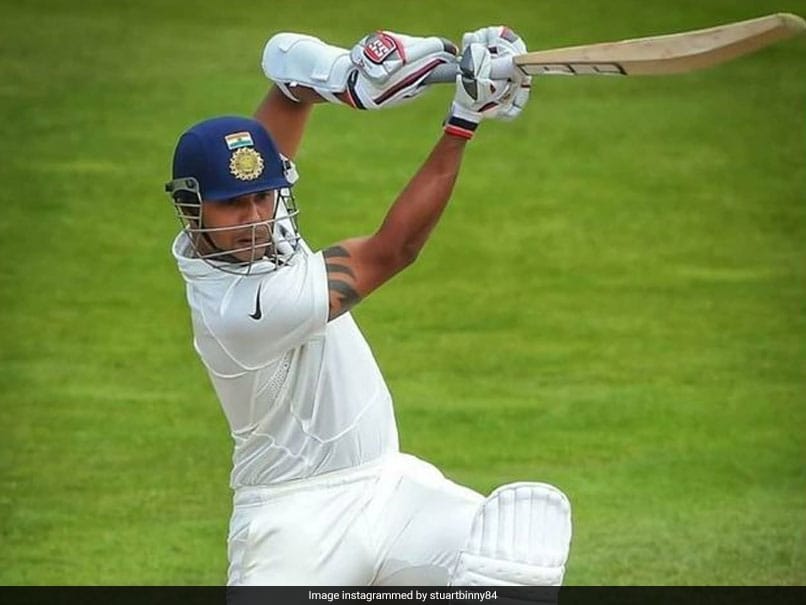 While he did not get many international runs under his belt, Binny returned exceptional bowling figures against Bangladesh when he took six wickets for just four runs in an ODI in June 2014 in Dhaka.

It remains the best bowling performance in the ODIs till date. He had bettered the record of his compatriot Anil Kumble, who had also taken a six-wicket haul against the West Indies in 1993 but had conceded 12 runs.

Binny, who has the experience of 95 first-class matches, played a few Tests with reasonable success under the captaincy of Mahendra Singh Dhoni.

In his debut Test against England in July 2014, he scored 78 in the second innings and that remained his only half-century in six Tests.

A 31-run over in a T20 game against the West Indies in Florida effectively ended his international career where Evin Lewis hit him for five sixes.

He was viciously trolled. Once the conflict of interest became a catch phrase in Indian cricket, his father Roger was forced to relinquish his selection committee post.

With the emergence of Hardik Pandya as an explosive batting all-rounder, Binny's chances of a national comeback dwindled and he played a season of first-class cricket in the North East.

Binny thanked the BCCI, his various teams, fellow players and coaches for the role they played in his growth as a cricketer.

Stuart Binny Cricket
Get the latest updates on IPL Auction 2023 and check out  IPL 2023 and Live Cricket Score. Like us on Facebook or follow us on Twitter for more sports updates. You can also download the NDTV Cricket app for Android or iOS.