TV presenter Mayanti Langer Binny shared a picture with her nine-month-old son on Twitter and Brett Lee was among many who commented on the post. 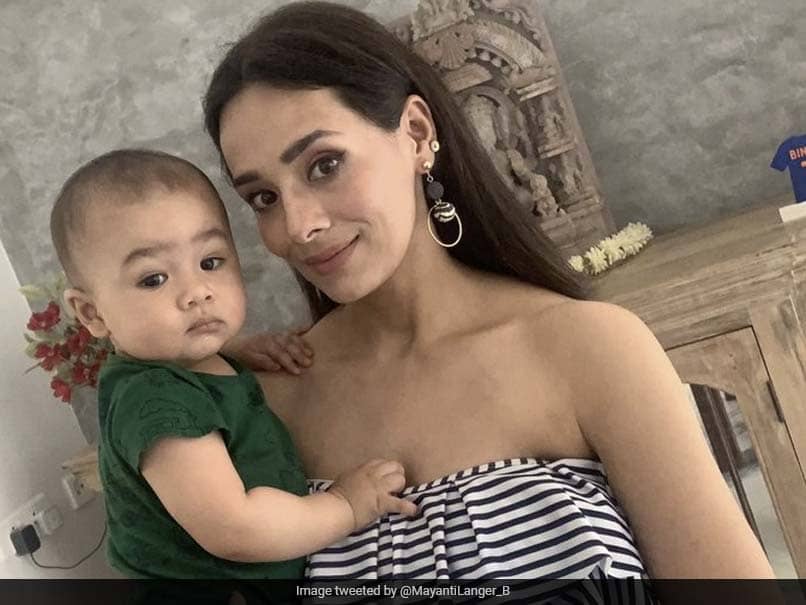 Mayanti Langer tweeted a picture with her baby boy.© Twitter

TV presenter Mayanti Langer Binny, wife of cricketer Stuart Binny, shared a picture with her nine-month-old son on Twitter. "9 months already," Mayanti captioned the picture on the micro-blogging site. Former Australia fast bowler Brett Lee, who has worked with Mayanti during IPL and other cricketing events, was among many who reacted to the picture, which has garnered over 18,000 likes on Twitter. Lee used folded hands emoji and called the picture "Cute". Mayanti, a known face of India's sports broadcast industry, is currently on a maternity leave.

Brett Lee was recently in India as a part of IPL's English commentary panel but after the tournament was postponed by the BCCI and the IPL governing council, he along with several other Australian cricketers, coaches, commentators and match officials have flown to Maldives where they will complete a 14-day quarantine before heading back to their home country.

The decision of flying the contingent to Maldives was taken after the Australian government put a ban on passenger flights from India due to the surge in COVID-19 cases in the country.

After the first ODI in Dharamsala was abandoned without a ball bowled due to rain, the series was called off as the coronavirus cases began to rise in the country and the government eventually enforced a nation-wide lockdown.