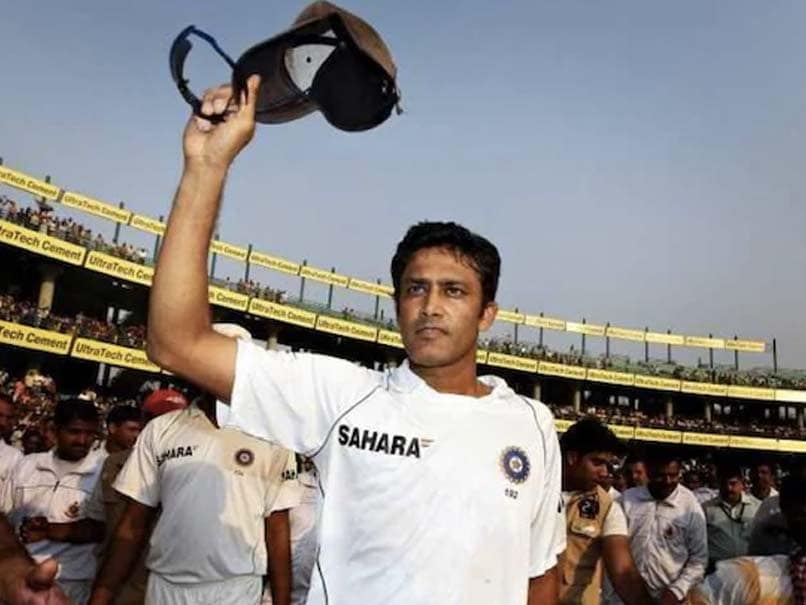 Former Indian cricket captain and leg-spinner Anil Kumble was celebrated by the International Cricket Council (ICC) for his stupendous achievements for India that helped him get inducted into the ICC Hall of Fame. Following the celebration of the best players of other countries, the ICC brought back the leg-spinner's glorious playing days and posted his statistics on Instagram. They posted, "Next on #ICCHallOfFame we have one of the greatest bowlers of all time, India spinner Anil Kumble. The third-leading wicket-taker in Test cricket."

Talking in a video posted by ICC on their website, former Sri Lanka captain Kumar Sangakkara praised Kumble and referred to him as 'An intense competitor'. He said, "Kumble has given me a few sleepless nights".

"He was not your orthodox leg-spinner. This big, tall gangly bowler running in and bowling with a very high arm action. It was not at all easy to get him away for runs," Sangakkara added.

Kumble played 132 Tests for India, picking up 619 wickets which included 35 five-wicket hauls. He also represented India in 271 ODIs, claiming 337 wickets at an impressive average of 30.89.

Recently, the ICC launched the ICC Hall of Fame month on Instagram to celebrate the finest cricketers who graced the sport.

Kumble still remains third on the list of all-time top wicket-takers in Test matches, behind only to Sri Lanka's Muttiah Muralitharan and Australia's Shane Warne.

India Cricket Team Anil Kumble Cricket
Get the latest updates on ICC T20 Worldcup 2022, check out the Schedule and Live Score. Like us on Facebook or follow us on Twitter for more sports updates. You can also download the NDTV Cricket app for Android or iOS.