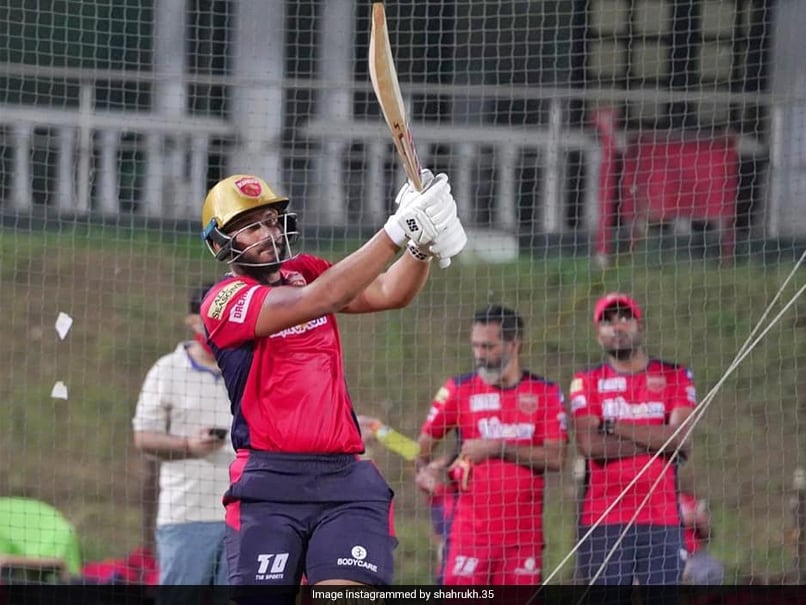 Punjab Kings head coach Anil Kumble has lavished praise on Tamil Nadu cricketer Shahrukh Khan and compared the swashbuckling batsman to West Indies all-rounder Kieron Pollard. Pollard, who plays for Mumbai Indians in the Indian Premier League (IPL), is one of the most dangerous batsmen in the shortest format of the game. Kumble feels the rookie has a similar skill set as that of Pollard. "He (Shahrukh ) reminds me a bit of Pollard actually. When I was with Mumbai Indians, Pollard in the nets was dangerous. I used to bowl a bit (in the nets), and the first thing I used to tell him was don't hit straight," Kumble said in a video posted on Punjab Kings' Twitter.

"Here I'm not even trying. I'm a lot older now, and the body doesn't take the bowling anymore. So, I'm not going to bowl at Shahrukh, for sure," he added.

Uncapped Shahrukh was bagged by Punjab Kings in the IPL mini-auction in February. Shahrukh had his base price of Rs 20 lakh but he went to Punjab Kings for Rs 5.25 crore. Delhi Capitals, RCB, and Punjab Kings all made the bids for him, but in the end, the winning bid was made by the KL Rahul-led side.

Shahrukh was in remarkable form in this year's Syed Mushtaq Ali Trophy and he had a major hand in Tamil Nadu winning the title for the second time.

Meanwhile, when it comes to bowling, the pace-bowling attack of Punjab Kings has a classy look to it with Mohammad Shami leading the pack in the company of Chris Jordan, Jhye Richardson, Arshdeep Singh and Riley Meredith.

The spin-attack will be headed by U19 World Cup star Ravi Bishnoi while Murugan Ashwin and Saurabh Kumar are also in the squad to extend their support.

Punjab Kings will play against Rajasthan Royals in their first game on April 12 at the Wankhede Stadium in Mumbai.

Kieron Pollard Cricket
Get the latest updates on India vs South Africa and check out  Schedule, Results and Live Score. Like us on Facebook or follow us on Twitter for more sports updates. You can also download the NDTV Cricket app for Android or iOS.