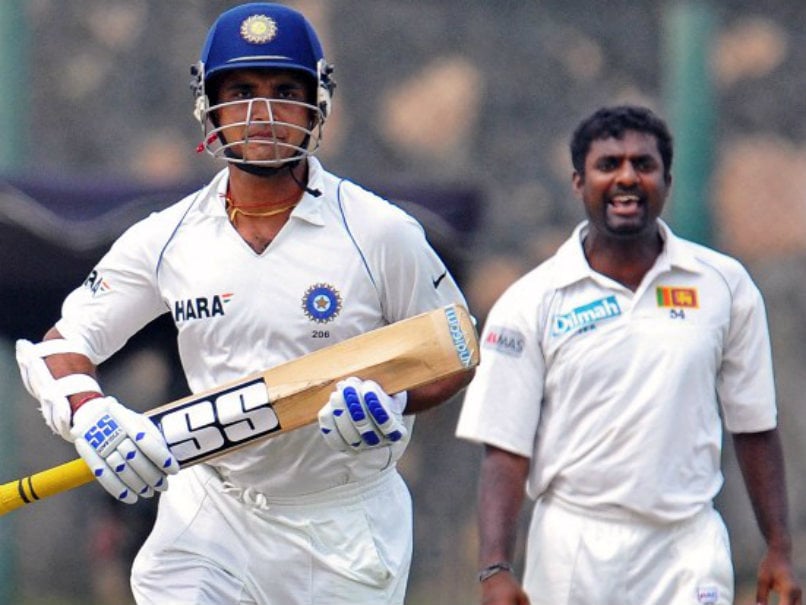 Muralitharan praised Ganguly for his contribution to Indian cricket and called him a great captain.© AFP

Refusing to get drawn into a controversy, Sri Lankan spin wizard Muttiah Muralitharan on Monday said Ravi Shastri may have just "missed" Sourav Ganguly's name while compiling his list of India's all-time best captains. According to Muralitharan, Ganguly did a great job for Indian cricket.

"Definitely Ganguly did a great job for Indian cricket after he took over. In my opinion he's a great captain," Murali, the spin bowling consultant of the Cricket Association of Bengal's Vision 2020 programme, said.

The former Team India director termed Mahendra Singh Dhoni a 'dada captain' and omitted Ganguly's name from his list of best Indian skippers in an interview to a website.

Shastri, who has been a firm backer of Dhoni in the past, added that the timing of the wicketkeeper-batsman's decision was perfect.

Muralitharan said, "It's all about opinions and everyone has one. Maybe he has missed Ganguly but I can't speak for him."

Ganguly took charge of the Indian cricket team when it was struggling with match-fixing scandals in the early 2000s and then took it to great heights.

Under Ganguly, India won Test matches abroad on a consistent basis while making the final of the ODI World Cup in 2003.

Comments
Topics mentioned in this article
India Cricket Team Sri Lanka Cricket Team Sourav Ganguly Ravi Shastri Muttiah Muralidaran MS Dhoni Cricket
Get the latest updates on Fifa Worldcup 2022 and check out  Fifa World Cup Schedule, Stats and Live Cricket Score. Like us on Facebook or follow us on Twitter for more sports updates. You can also download the NDTV Cricket app for Android or iOS.