Some Tried To Create A Rift Between MS Dhoni And Me: Virat Kohli

Kohli recalled a funny anecdote from his younger days which he had shared with Dhoni and how he literally burst out laughing. 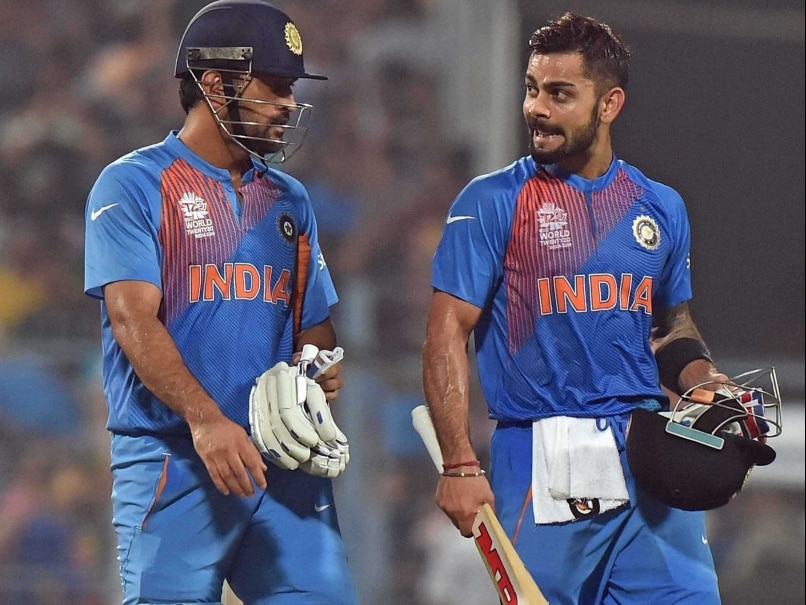 Virat Kohli says his friendship with MS Dhoni has grown over the years.© PTI

Their bonding has become stronger with the passage of time and Indian cricket captain Virat Kohli is proud of the fact that no external force has been able to affect his friendship with predecessor Mahendra Singh Dhoni.

"A lot of people try to plug in stories of rift between us. The best part is neither he reads those articles nor do I. And when the people see us together, they wonder 'wasn't there rift between the two'. We laugh among ourselves and say we didn't know there was one," Kohli said during an episode of web-series 'Breakfast With Champions'.

"Lot of people don't know but he has childlike enthusiasm. He gets intrigued by things easily and is always looking for something new that will interest him," the 29-year-old said.

Kohli recalled a funny anecdote from his younger days which he had shared with Dhoni and how he literally burst out laughing.

"I once told him a funny story of my U-17 days. It was my academy's match. There was this new boy and I threw the ball at him and asked 'kahaan se' (meaning from which end will you bowl). The boy answered: 'Bhaiya Najafgarh se'! "When I recollected this incident and told MS about it, he started laughing and this was happening as the match was on," Kohli said.

Kohli may be calling the shots now but his reverence for Dhoni is there to be seen.

"I don't think I have ever come across a better cricketing brain just in terms of planning, knowing what's happening in the game and what can be done. Obviously, I go by my instincts but whenever I ask him anything 8 or 9 out of 10 times what he says, works. Our friendship has only grown over the years," Kohli said.

For those who were skeptical about how easy the transition would be, Kohli applauded Dhoni for helping make it rather seamless.

"The transition happened so smoothly. No one on the field (players) felt that there has been a change. Everything is happening smoothly and I am happy that he is there by my side during my initial years of captaincy. I am lucky to have him." Kohli went to the extent of stating that at the crease he has blind faithin Dhoni's abilities.

"MS and me have a great understanding. While running between the wickets, if he says two, I just close my eyes and run because I know that his judgement is so correct, I will make it."

Comments
Topics mentioned in this article
India Cricket Team MS Dhoni Virat Kohli Cricket
Get the latest updates on Fifa Worldcup 2022 and check out  Fifa World Cup Schedule, Stats and Live Cricket Score. Like us on Facebook or follow us on Twitter for more sports updates. You can also download the NDTV Cricket app for Android or iOS.