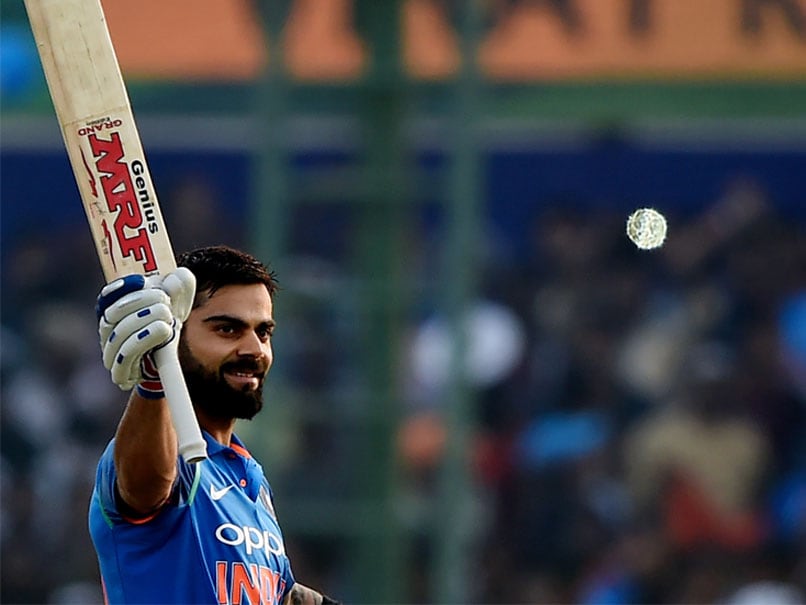 Kohli took 212 innings to complete 7,000 T20 runs, the second fastest next only to swashbuckling left-hander Gayle. The West Indies star achieved the landmark in 192 innings.

Kohli also became the second highest run-getter in T20Is. With 1943 runs in 54 matches, the 29-year-old is just behind former New Zealand batsman Brendon McCullum. The New Zealander scored 2140 runs in 71 matches at an average of 53.97.

Kohli, who scored 65 off 42 balls in the second T20I against New Zealand at the Saurashtra Cricket Association in Rajkot, posted his 18th fifty in T20Is. India lost the match by 40 runs. New Zealand, who had lost the first match by 53 runs in New Delhi, have now levelled the three-match series at 1-1.

It was fifth instance when Kohli has scored a fifty and India have ended up on the losing side.

Pakistan's Mohammad Shahzad is third in the list with 200 boundaries.

Kohli is also the second-highest century-maker in One-day International cricket. He notched up his 32nd ton against New Zealand in the third and final ODI match in Kanpur.

With 32 centuries to his name, the Indian skipper is now just behind Sachin Tendulkar, who has 49 ODI hundreds.

Comments
Topics mentioned in this article
India Cricket Team New Zealand Cricket Team Virat Kohli Tillakaratne Dilshan Chris Gayle India vs New Zealand Cricket
Get the latest updates on India vs Australia Series, check out the India vs Australia Schedule for 2020-21 and Ind vs Aus live score . Like us on Facebook or follow us on Twitter for more sports updates. You can also download the NDTV Cricket app for Android or iOS.