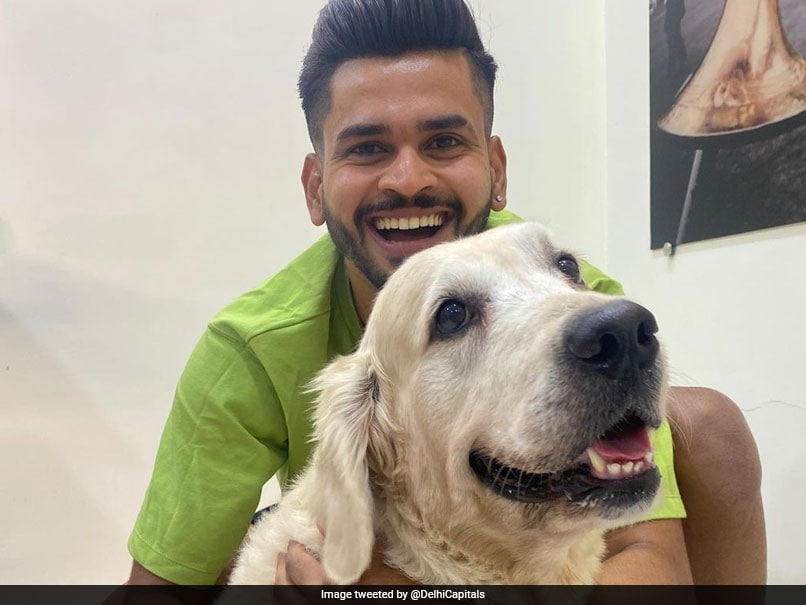 Delhi Capitals captain Shreyas Iyer is spending time at home as he recovers from a shoulder injury suffered during India's ODI series against England in March. This has given him the opportunity to spend some quality time with not just his family, but also his pet Labrador Betty. Iyer took to Instagram on Thursday to upload pictures with Betty, who he described as "my pom pom" in his post. Delhi Capitals also shared the pictures on their Twitter handle, and wrote "Just blessing your feed with this Pawfect Jodi."

Iyer has been out of action since the first ODI against England in Pune. He missed the remainder of the ODI series as well as the first half of the Indian Premier League (IPL) 2021 season, which has now been suspended due to the COVID-19 crisis.

Rishabh Pant led the Capitals in Iyer's absence. DC were on top of the table when the tournament was postponed indefinitely after a series of cases inside the tournament's bio-bubble, which included players and staff members.

The tournament was halted with 29 games, with the season just over the half-way mark of the league stage.

Iyer was in impressive form in the T20 International (T20I) series against England before the ODI contest, despite playing lower down the order than usual.

Iyer recently shared a video showcasing his progress in recovery, prompting fans to wish for his return to the national team when they tour Sri Lanka in July for three T20Is and as many ODIs.

Delhi Capitals Cricket
Get the latest updates on IND vs NZ 2021, check out the Schedule and Live Score . Like us on Facebook or follow us on Twitter for more sports updates. You can also download the NDTV Cricket app for Android or iOS.