Shoaib Akhtar stated that Pakistan could have beaten India in both the 1999 and 2003 World Cups but failed to do so. 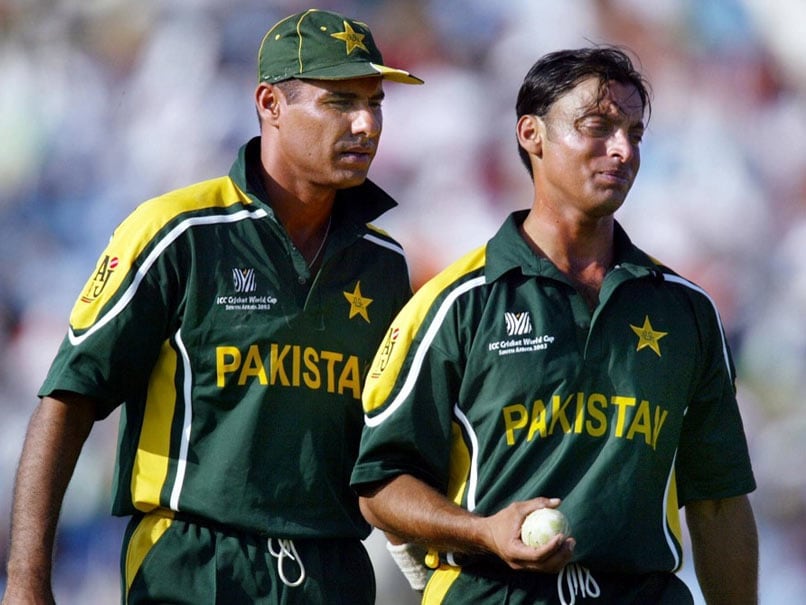 India and Pakistan have clashed seven times in World Cup cricket, but the latter is yet to even win a single match. India have completely dominated ICC tournaments against Pakistan with the sole loss coming in the 2017 Champions Trophy. However, according to Shoaib Akhtar, Pakistan "could have defeated India both in 1999 and 2003". The Pakistan pacer said that the 2003 World Cup clash against India, which Pakistan lost by six wickets, was the most disappointing match of his entire career. Akhtar was not at his best during the game, giving away 72 runs off his 10 overs and picking up one wicket. The former cricketer blamed his fitness and the poor captaincy of Waqar Younis for his underwhelming performance in the match.

"It was a bitter experience for me because we could have defeated India, both in 1999 and 2003, but we couldn't. Not to take the credit away from India who have played us exceeding well at the World Cups," Shoaib Akhtar said in a video posted on his YouTube channel.

"I still regret that loss. If we could have scored some more runs and bowled better, we could have won that match. But unfortunately, my fitness came in the way and also it was poor captaincy that made us lose that match," he added.

Pakistan elected to bat in the World Cup 2003 clash at Centurion, posting 273 for seven, largely thanks a fine century from Saeed Anwar.

In reply, Sachin Tendulkar and Virender Sehwag blitzed Pakistan's new-ball attack, racing to 50 in under six overs. While Sehwag was dismissed for 21, Tendulkar ran amok, blasting 98 off just 75 balls before being dismissed by Akhtar.

Rahul Dravid (44 not out) and Yuvraj Singh (50 not out) took India to an easy six-wicket win with 26 balls remaining.

"After the end of our innings, I told my teammates that we have probably scored 30-40 runs less. However, all the players in the team shouted at me saying if '273 is not enough then what is'. They said we will be able to get India all out. However, I knew that the pitch was a good one for batting and it will remain so in the second innings as well.

"When we started the bowling, I noticed that my left knee had gone numb. Because of which, I wasn't able to run properly through my bowling run-up. As a result, I was not able to bowl properly. Indian openers, Sachin Tendulkar and Virender Sehwag, went for the charge from the word go. In fact, Sachin played me very well and even hit me for a six over point.

"I had no clue how to bowl and get the breakthrough. Unfortunately, the captain (Waqar Younis) got me out of the attack. He brought me later in the innings where I just bowled fast and short. I got out Sachin at 98 on a short-pitched delivery. I told the captain that I should have persisted with such bowling from the very beginning. In the end we lost the match," he added.

Virender Sehwag Cricket
Get the latest updates on IPL 2021, check out the IPL 2021 Schedule and Indian Premier League Live Score . Like us on Facebook or follow us on Twitter for more sports updates. You can also download the NDTV Cricket app for Android or iOS.