It was a miraculous wicket for Travis Head, who broke the 144-run stand between Will Pucovski and Seb Gotch. 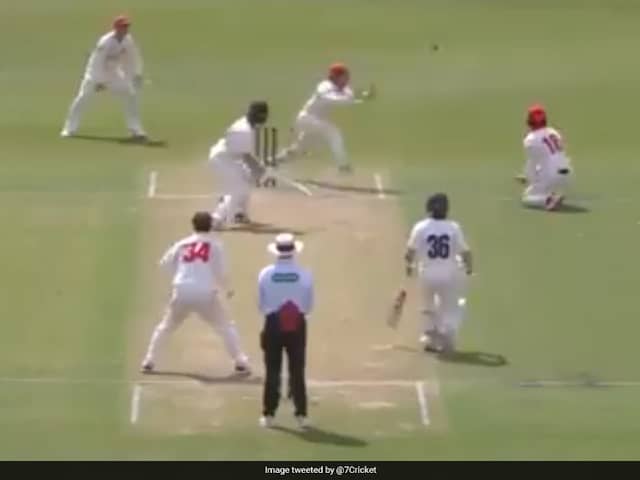 Cricket is a sport where luck often plays a significant role in the outcome of the game. An umpiring error, a dropped catch or missed run out, even an edged boundary in the final overs, can have a huge impact on a game. One such freakish incident happened during a Sheffield Shield game between Victoria and South Australia. Victorian batsman Will Pucovski fell 18 runs short of another century in Australia's domestic first-class cricket competition, following a truly unlucky dismissal. On the other hand, it was a miraculous wicket for Travis Head, who broke the 144-run stand between Pucovski and Seb Gotch.

Watch it here and decide for yourself

Will Pucovski was looking all set for a century, and then short leg's ... leg came to the rescue for South Australia #SheffieldShield pic.twitter.com/cAblTt5qxO

Part-time spinner Head's delivery clipped one of Pucovski's pads, bounced up off the fielder at short leg and into the hands of wicketkeeper Harry Nielsen.

"Really unlucky there for Pucovski," one commentator said.

"South Australia needed a bit of luck to get the breakthrough and there it is."

"You don't get luckier than that, basically. That's why you have a short leg in, for those balls off the foot," said the other commentator.

However, in-form batsman Nic Maddinson will not take part after he was ruled out of the match following a thumb injury suffered on day one.

Victoria are assured of finishing top of the ladder regardless of the result ahead of hosting the decider at Junction Oval next Thursday.