Batsman Forgets He Has A Runner, Chaos Ends In Bizarre Run Out - Watch

Steve O' Keefe completely forgot that he had a runner and ended up losing his wicket in a bizarre manner. 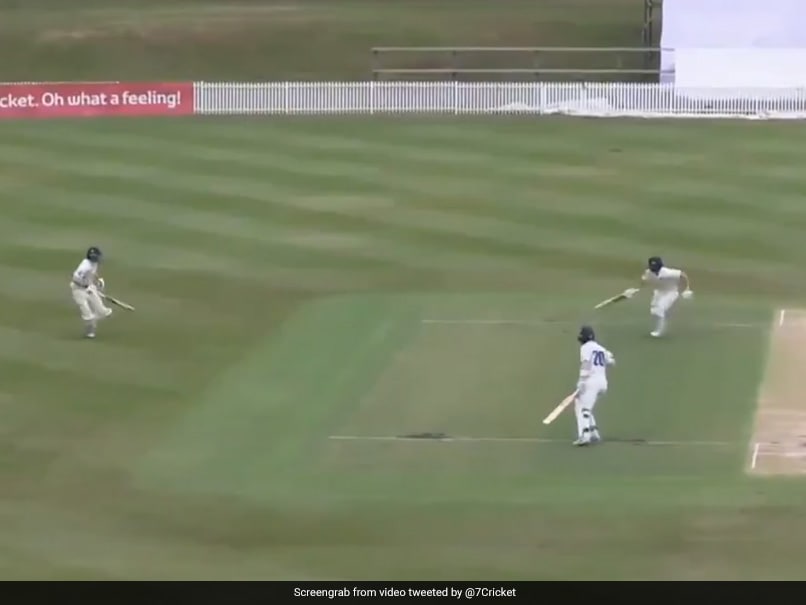 In a Sheffield Shield match between Victoria and New South Wales at Drummoyne Oval, Steve O' Keefe became the latest victim of a chaotic dismissal. The NSW spinner, after tweaking his hamstring during the match, was the last man to come out to bat for his team. The 34-year-old came to the crease with Nick Larkin as his runner. Unfortunately, the batsman completely forgot that he had a runner and ended up losing his wicket in a bizarre manner. O' Keefe played his first ball from Scott Boland towards mid-on, calling Peter Nevill at the non-striker's end for a single. Nevill obliged, but O' Keefe and his runner Nick Larkin both ran to complete the single.

As Jon Holland dived to stop the ball, Nevill had safely made his ground.

In a weird turn of events, both Larkin and O' Keefe ran for the single and ended up at the bowler's end.

Realising his blunder, O' Keefe turned and tried to run all the way back to the striker's end but it was too late.

Holland threw the ball in to wicketkeeper Seb Gotch, who whipped the bails off with O'Keefe stranded.

Steve O'Keefe came out to bat with a runner...

The remarkable run out continued the carnage at Drummoyne after 17 wickets fell on a crazy opening day.

"His hamstring can't be that bad as well," the commentator said.

"Because if it was that bad you'd know as soon as you took off that you shouldn't be running."

Nevill's unbeaten 33 helped lift NSW above Victoria's first-innings 106 as O'Keefe's run out brought the innings to a slightly premature end.