Peter Nevill completed a juggling effort and completed the catch on the second attempt mid-air. 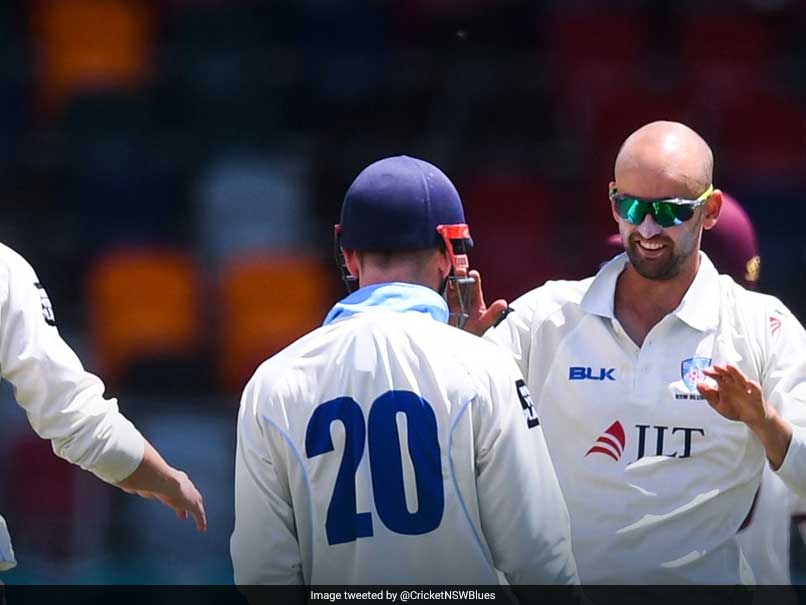 Peter Nevill took a brilliant catch to get rid of Charlie Hemphrey.© Twitter

Peter Nevill failed to make his mark in international cricket and with his best years behind him, it would take a miracle for him to make another appearance for the Australian cricket team. The 33-year-old, however, has not let failures on the international stage bog him down and continues to thrive in domestic cricket with the New South Wales. Nevill, who is captaining the New South Wales Blues in the Sheffield Shield, showed that he still has the magic behind the stumps with a superhuman effort against Queensland.

Day two of the JLT Sheffield Shield fixture at the Manuka Oval in Canberra on Saturday saw Nevill pull off a stunning catch to dismiss Charlie Hemphrey (1).

It was an incredible piece of wicketkeeping by Nevill, who completed a juggling effort and snared the catch on the second attempt mid-air.

Another one for Lyon!

And that is an unreal catch from @pmnevill!

The catch gave Australian off-spinner Nathan Lyon his second wicket of the innings, having claimed the wicket of Matt Renshaw for 21.

Lyon ended up with four wickets while Australian speedster Pat Cummins accounted for three wickets as Queensland were bowled out for 260 all out.

At one stage, Queensland were reeling at 146 for seven, trailing by 133. But a classy innings by all-rounder Michael Neser (62) down the order and a whirlwind knock by Mark Steketee (41), the visitors recovered to reduce the deficit to just 19 on the first innings.

At stumps on Day 2, the NSW Blues, who posted 279 in the first innings, were 33 for the loss of no wickets with Nick Larkin (20 not out) and Daniel Hughes (12 not out) the two unbeaten batsmen.

Going into the third day, the match is evenly poised with NSW holding a 52-run lead.

Pat Cummins Peter Nevill Cricket
Get the latest updates on IPL Auction 2023 and check out  IPL 2023 and Live Cricket Score. Like us on Facebook or follow us on Twitter for more sports updates. You can also download the NDTV Cricket app for Android or iOS.