Shannon Gabriel was initially among the travelling reserves but has now been drafted into the 15-strong frontline squad after proving his fitness following ankle surgery with encouraging displays in the two intra-squad warm-up matches at Old Trafford. 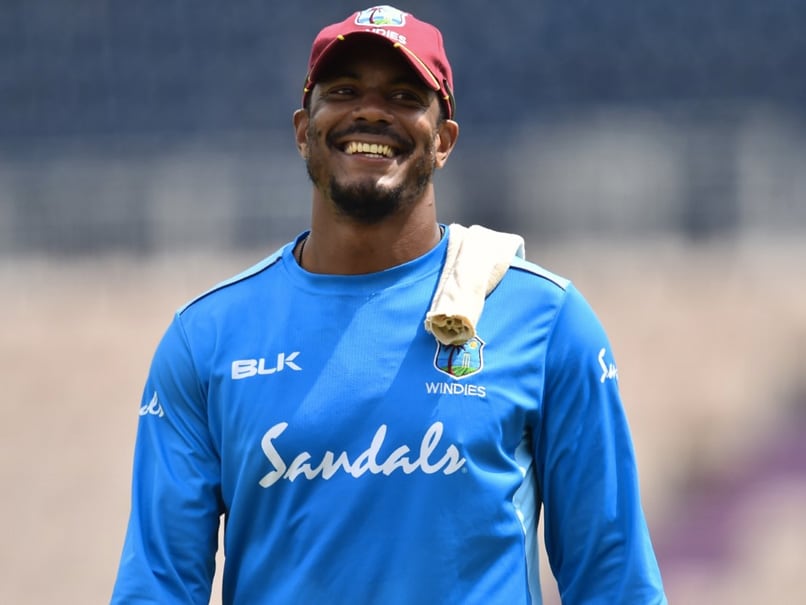 Shannon Gabriel has taken eight wickets at an average of just over 15 apiece.© AFP

Shannon Gabriel's prospects of facing England in next week's series opener at Southampton increased after he was formally added to the West Indies Test squad on Thursday. The experienced fast bowler was initially among the travelling reserves but has now been drafted into the 15-strong frontline squad after proving his fitness following ankle surgery with encouraging displays in the two intra-squad warm-up matches at Old Trafford. "I am delighted that we are able to add Shannon to the Test squad," said West Indies lead selector Roger Harper. "He has shown that he is fit and ready, he will add experience, firepower and potency to the bowling unit."

The 32-year-old is a seasoned Test campaigner, with 133 wickets in 45 matches since his debut at Lord's in 2012 and he helped the West Indies regain the Wisden Trophy during their 2-1 series win over England in the Caribbean last year.

West Indies captain Jason Holder tried to gain some time in the middle by promoting himself to open the batting for the side he was leading against a Kraigg Brathwaite XI.

But the all-rounder could only manage two off 15 deliveries, with Holder scoring just seven runs in the warm-up games.

There was better news for Gabriel, who took four for 42 as Brathwaite's XI were bowled out for 178 in a drawn encounter after resuming on 112 for seven.

Simmons had been self-isolating in his room at the team's on-site hotel at Old Trafford after leaving the bubble to attend his father-in-law's funeral.

He watched most of a rain-interrupted four-day game from his balcony but presided over the warm-ups on Thursday after his third negative test for COVID-19.

Before play, the squad marked the passing of outstanding West Indies batsman Everton Weekes, who died aged 95 on Wednesday, with a minute's silence and wore black armbands as a mark of respect

First-innings century-maker Joshua Da Silva starred with 56 not out but it will be seen whether the reserve wicketkeeper can force his way into the side for the three-Test series.