Shakib Al Hasan was banned for two years by the International Cricket Council and many past cricketers have come out to share their opinion on the same. 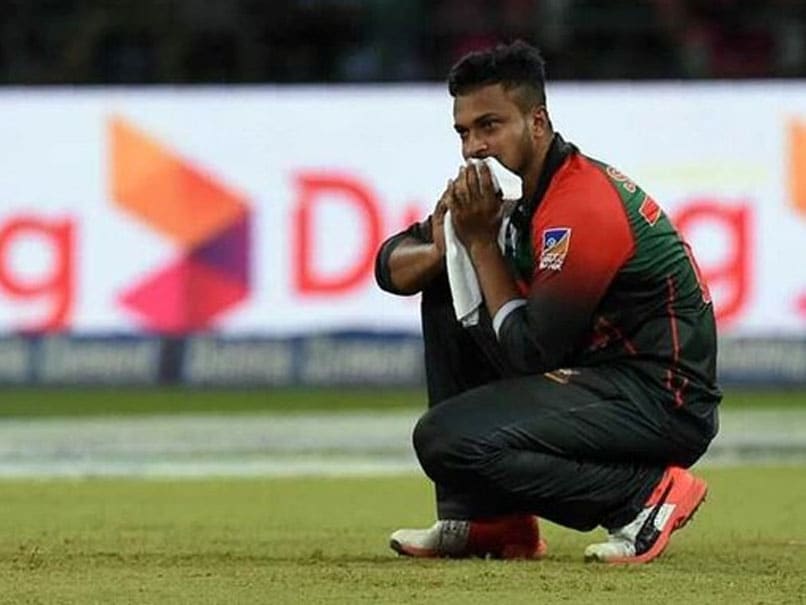 Shakib Al Hasan made headlines across the globe after he admitted to various failures to report corruption approaches made to him and was given a two-year ban (one year already suspended) by the International Cricket Council (ICC) on Tuesday. The Bangladesh all-rounder will miss next year's Indian Premier League (IPL) and the T20 World Cup in Australia due to the ban. While many fans on social media called the ban on Shakib Al Hasan "harsh", former Pakistan cricketer Ramiz Raja slammed the Bangladesh cricketer for "sidetracking the laid rules and protocols".

"So Shakib Al Hasan's ban has a lesson for all sports lovers and sportsmen: if you disregard the game and try to become bigger than the game by sidetracking the laid rules and protocols then be ready for a fantastic fall! Sad," Ramiz Raja said in a tweet.

So Shakib Al Hasan's ban has a lesson for all sports lovers and sportsmen: if you disregard the game and try to become bigger than the game by sidetracking the laid rules and protocols then be ready for a fantastic fall! Sad.

Earlier, former England captain Michael Vaughan said he has "no sympathy for Shakib" and there should be a "longer ban" for such corruption in cricket.

"No sympathy what's so ever for Shakib Al Hasan ... Non what's so ever ... In this era the players get briefed all the time about what they can & cant do and what that have to report straight away ... 2 yrs isn't enough ... Should have been longer," Vaughan tweeted.

For all you abusing I have zero tolerance for corruption .. It doesn't matter what team you play for .. Players these days know exactly what they can and can't do .. also know they have to report anything .. if they don't they know the consequences .. #EndOf

The 32-year-old, who leads the ICC ODI all-rounder's rankings, confirmed to the ICC's Anti-Corruption Unit that he was approached by an alleged bookie Deepak Aggarwal on three occasions. The ICC made the WhatsApp chat between Shakib and the alleged bookie public on its official website.

Shakib Al Hasan Cricket Rameez Raja
Get the latest updates on Fifa Worldcup 2022 and check out  Fifa World Cup Schedule, Stats and Live Cricket Score. Like us on Facebook or follow us on Twitter for more sports updates. You can also download the NDTV Cricket app for Android or iOS.