Shakib Al Hasan was handed a two-year ban (one year suspended) by the ICC after he admitted various failures to report corrupt approaches made to him. 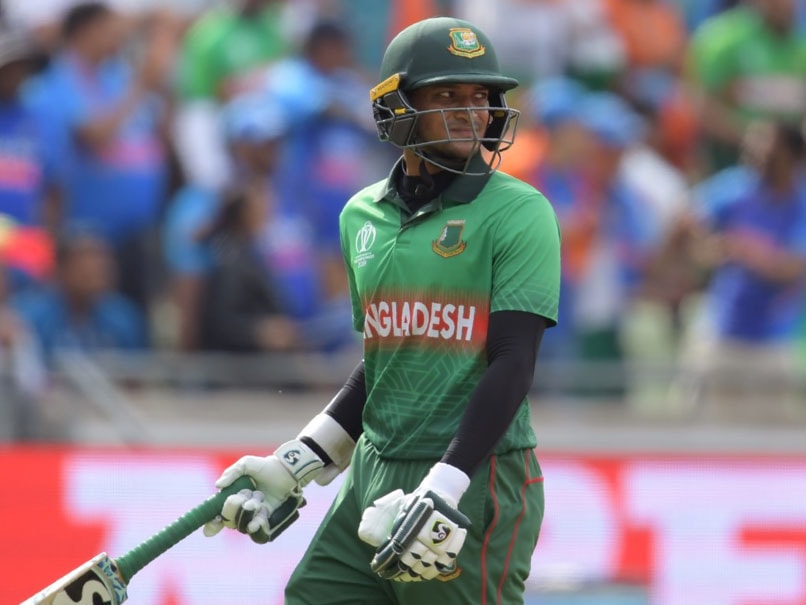 Shakib Al Hasan was approached by the same bookie during the IPL 2018.© AFP

Shakib Al Hasan was handed a two-year ban (one year suspended) by the International Cricket Council (ICC) on Tuesday after he admitted to various failures to report corrupt approaches made to him. The ICC made Shakib Al Hasan's WhatsApp chat with alleged bookie Deepak Aggarwal public in a full reasoned decision posted on its official website. According to the seven-page report, Shakib Al Hasan confirmed to the ICC's Anti-Corruption Unit that "On 19 January 2018, he received a WhatsApp message from Mr Aggarwal congratulating him for being named man of the match in that day's game. Mr Aggarwal followed this message with a message saying 'do we work in this or I wait til the IPL'.

"The reference to 'work' in this message was a reference to him providing Inside Information to Mr Aggarwal. He did not report this contact from Mr Aggarwal to the ACU or any other anti-corruption authority," the report said further.

The mentioned chat between Shakib and bookie Deepak Aggarwal had happened during Bangladesh's tri-series with Sri Lanka and Zimbabwe in January 2018.

On January 23, Aggarwal made another approach to Shakib, asking for inside information: "Bro anything in this series?"

The report revealed that Shakib was approached by the same bookie during the Indian Premier League (IPL) before a match between SunRisers Hyderabad and Kings XI Punjab in 2018.

"He received a WhatsApp message from Mr Aggarwal that day asking him whether a particular player was going to be playing in the game that day," the ICC said in its report.

Shakib had recently led a players' strike which follows increasing criticism from players that the Bangladesh Cricket Board was not sharing its wealth.

The players called off the strike late on October 23 and started training on October 25 for next month's India tour as the BCB accepted most of their demands.

Bangladesh begin their India tour with the three T20Is, starting on November 3, before heading to Indore to kick off their World Test Championship campaign from November 14.

Shakib Al Hasan India vs Bangladesh Cricket International Cricket Council
Get the latest updates on Fifa Worldcup 2022 and check out  Fifa World Cup Schedule, Stats and Live Cricket Score. Like us on Facebook or follow us on Twitter for more sports updates. You can also download the NDTV Cricket app for Android or iOS.