Sanjay Manjrekar tweeted an overheard conversation of his son "on speaker phone to his sister". 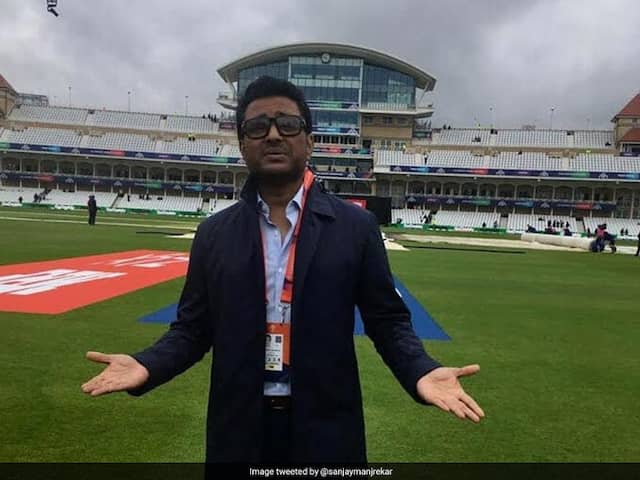 Sanjay Manjrekar had called Ravindra Jadeja a "bits and pieces" player during the World Cup.© Twitter

Sanjay Manjrekar became a victim of social media trolls yet again after he posted a tweet on "being a parent". On a day when the country is celebrating Bhai Dooj, a festival to acknowledge brother-sister relationship, Sanjay Manjrekar shared an overheard conversation of his son "on speaker phone to his sister". The trolls on social media didn't miss the chance to post jokes on former India cricketer, ranging from his commentary to an infamous spat with Ravindra Jadeja. Sanjay Manjrekar tweeted: "My son on speaker phone to his sister. 'I got a revelation the other day about how dad was wrong.' #BeingAParent."

My son on speaker phone to his sister. "I got a revelation the other day about how dad was wrong.#BeingAParent

"He might have heard you on the Comm Box," commented a user on Manjrekar's tweet, while another user joined in, saying: "Must be about constantly demeaning @imjadeja achievement."

He might have heard you on the Comm Box

Hope he hasn't started listening to your commentary.

He must speak to @imjadeja on this topic.

Must be about constantly demeaning @imjadeja achievement

Is this about you referring to @imjadeja as bits and pieces player?????

Are you ever right??

Must be a daily affair but we should respect your honesty.

During the 2019 World Cup in the UK, Manjrekar was quoted as saying by IANS: "I am not a big fan of bits and pieces players which Jadeja is at this point of his career in 50-over cricket. In Test matches, he is a pure bowler. But in 50-over cricket, I would rather have a batsman and a spinner."

While fans slammed Manjrekar for his "bits and pieces" remark, Jadeja too didn't take much time to hit back. The all-rounder took to Twitter to express his anger over the criticism he received from the former India batsman.

"Still I have played twice the number of matches you have played and I'm still playing. Learn to respect people who have achieved. I have heard enough of your verbal diarrhoea.@sanjaymanjrekar," Jadeja had tweeted.