Bangladesh scored their first-ever Test win over Australia at Mirpur on Wednesday. 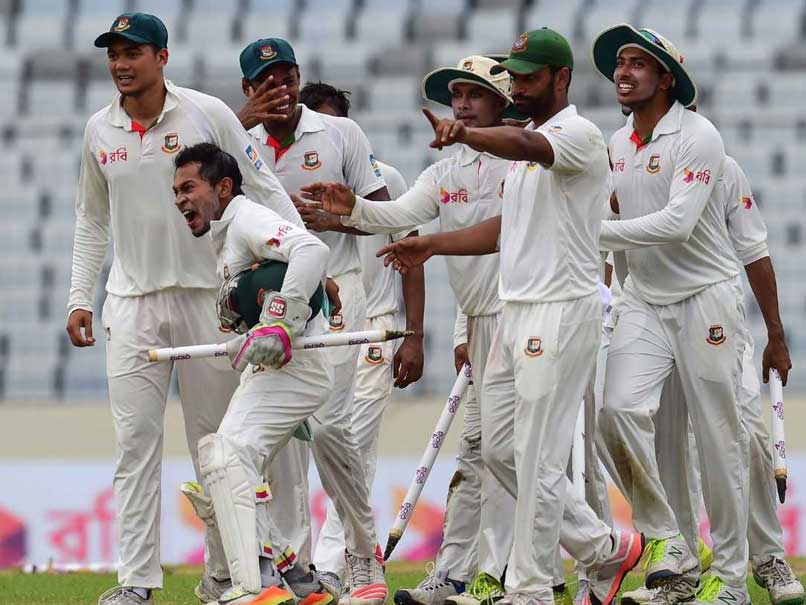 With this result Bangladesh have now taken a 1-0 lead in the two-match series.© AFP

Bangladesh put up a stellar show and scripted history as they beat Australia by 20 runs on the fourth day of the first Test match at the Sher-e-Bangla National Stadium in Mirpur, Dhaka, on Wednesday. This was Bangladesh's first-ever Test victory against Australia. Just after the victory, Twitter was flooded with congratulatory messages, applauding Bangladesh's spectacular show in the opening Test.

Several other cricketers, including Virender Sehwag and Harbhajan Singh, also congratulated the Bangladeshis.

Another excellent test match in Dhaka. And what a result this could be for Bangladesh. Further proof of their growth, even if at home

Congrats Bangladesh on a special victory. Getting 86/8 when 107 were needed.
2 wonderful test finishes in 2 days. A treat to watch#BANvAUS

Our Honorable Prime Minister greeting our Man of the Match @Sah75official pic.twitter.com/nQctcvSPmx

Congratulations Bangladesh ???? didn't think I would be writing this tweet but you need to give credit where credit is due. ???? #testcricket

Congratulations to @BCBtigers for their first ever win against Australia in a test match.#HearUsRoar pic.twitter.com/KcaqSPnTsJ

With this result Bangladesh have now taken a 1-0 lead in the two-match series.

All-rounder Shakib Al Hasan took five wickets for 85 runs to help the hosts bowl out Australia for 244 shortly into the second session on the fourth day.

David Warner top scored with 112 for the tourists, who were chasing a target of 265 after bowling out Bangladesh for 221 in the second innings. From 158 for 2, Australia slipped to 199 for 8. Lower-order batsmen Pat Cummins (33 not out) and Nathan Lyon (12) then tried to stabilise the innings but Taijul Islam removed Lyon to seal the issue.

Man of the Match Shakib took ten wickets and also scored 84 runs in the first innings.

Comments
Topics mentioned in this article
Bangladesh Cricket Team Australia Cricket Team Shakib Al Hasan Steven Smith Cricket
Get the latest updates on Fifa Worldcup 2022 and check out  Fifa World Cup Schedule, Stats and Live Cricket Score. Like us on Facebook or follow us on Twitter for more sports updates. You can also download the NDTV Cricket app for Android or iOS.