S Sreesanth took to Twitter to announce his return to domestic cricket after getting selected in Kerala's preliminary Ranji Trophy squad. 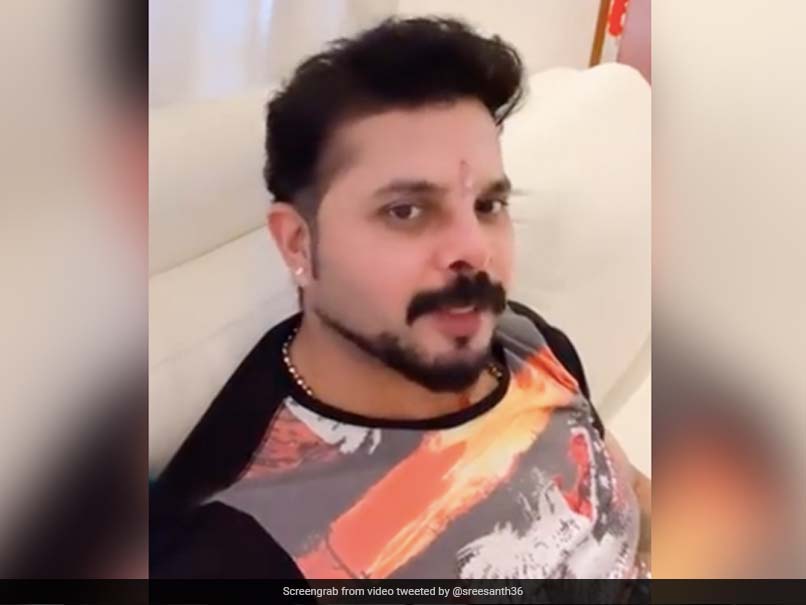 S Sreesanth has been included in Kerala's preliminary squad for the Ranji Trophy.© AFP

Former India pacer S Sreesanth took to Twitter to make a big announcement that he would be making his return to domestic cricket and has been included in Kerala's preliminary squad for the Ranji Trophy. Speaking via video, the 38-year-old thanked fans for their support and stated that it was great to "be back in the whites again". "Hi! Good afternoon and thank you very much for the love and support. Its great to be back in the whites again, bowling red ball, that too for my state where it all started", he said.

"I'm really excited just like the U19 boy who got the red ball for the first time", he concluded.

Feels great to be back after 9 years playing Ranji trophy for my lovely state really grateful to each and everyone of u,lots of love and respect.#grateful #cricket #love #kerala #cricketer #ranjitrophy #redball #neverevergiveup #comeback #time #phoenix pic.twitter.com/huiNsFgC83

The announcement was well-received by fans with many congratulating him.

Sreesanth will be making a return to red-ball cricket after nearly nine years. He last played a first-class match in 2013 and also served a seven-year suspension for his alleged involvement in the 2013 IPL spot-fixing scandal. His ban ended on September 13, 2020.

Sachin Baby will be captaining the Kerala squad for the Ranji Trophy and the preliminary squad also includes the likes of Basil Thampi, Anand Joseph.

India Cricket Team Sreesanth Cricket
Get the latest updates on Fifa Worldcup 2022 and check out  Fifa World Cup Schedule, Stats and Live Cricket Score. Like us on Facebook or follow us on Twitter for more sports updates. You can also download the NDTV Cricket app for Android or iOS.