Vijay Hazare Trophy: S Sreesanth on Monday picked up his first five-wicket haul in List A cricket in almost 15 years to help Kerala pull-off a three-wicket win over Uttar Pradesh. 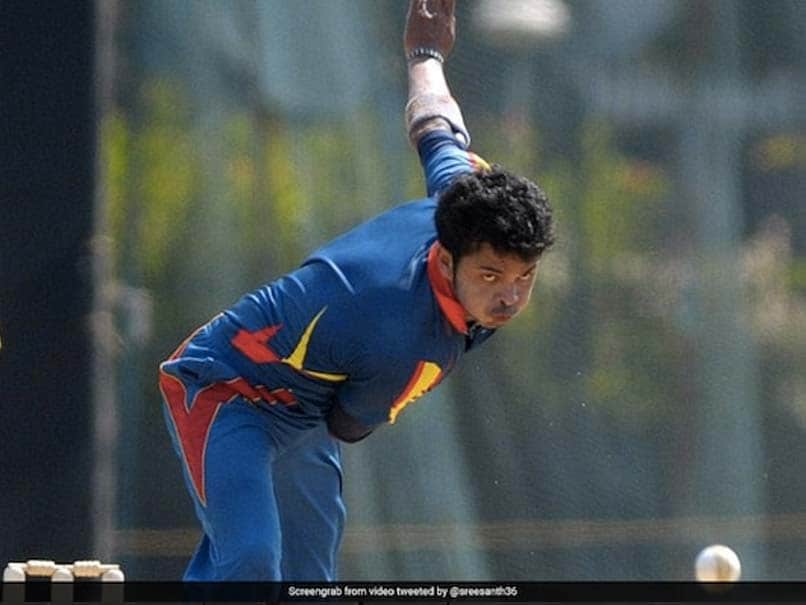 On a comeback trail after the end of his spot-fixing ban, pacer S Sreesanth on Monday picked up his first five-wicket haul in List A cricket in almost 15 years to help Kerala pull-off a three-wicket win over Uttar Pradesh in the Vijay Hazare Trophy in Bengaluru. The 37-year-old, who was not shortlisted in IPL 2021 auction's final list, returned figures of five for 65 in his first List A game in more than eight years.

Sreesanth, who had returned to competitive cricket last month after his life ban was overturned, opened his account by dismissing opener Abhishek Sharma. He then returned in the death overs to dismiss UP under 200 with wickets of skipper Bhuvneshwar Kumar, Mohsin Khan, Akshdeep Nath, and Shivam Sharma en route to his only the second five-for of his List-A career.

On his List-A return, the former India pacer, who has played 27 Tests, 53 ODIs and 10 T20Is, picked up two for 41 against Odisha on Saturday.

This was Kerala's second successive win in Group C but they remained second in table behind Railways who thrashed Odisha by eight wickets at the M Chinnaswamy Stadium to be ahead by net run-rate.

Defending champions Karnataka bounced back with a bang after their first-match loss with a 267-run rout of Bihar.

Skipper R Samarth led the charge with an unbeaten 158 from 144 balls (15x4, 1x6), while fellow opener Devdutt Padikkal smashed a 98-ball 97 (8x4, 2x6) in a commanding 153-run opening partnership after Bihar opted to bowl at the Just Cricket Academy.

The only blip was their talented youngsters Padikkal missing a century by just three runs after being castled by Rahul Kumar as he once again failed to convert his fifty.

After Padikkal's departure, Samarth took charge with Krishnamurthy Siddharth who chipped in with a quickfire 76 (55 balls; 5x4, 4x6) to propel them to a huge 354/3.

In reply, Karnataka dismantled Bihar for 87 runs in just 27.2 overs with opener Sakibul Gani being their top-scorer (37), while eight batsmen failed to reach double digits.

Prasidh Krishna was Karnataka's wrecker-in-chief (4/17) and had fine support from Abhimanyu Mithun and Shreyas Gopal who claimed two each.

Comments
Topics mentioned in this article
KER UP Sreesanth

Robin Uthappa Priyam Garg Sachin Baby Cricket
Get the latest updates on ICC Women's Cricket World Cup 2022 and IPL 2022, check out the Schedule , Live Score and IPL Points Table. Like us on Facebook or follow us on Twitter for more sports updates. You can also download the NDTV Cricket app for Android or iOS.