Sreesanth Bowls Out Batsman On Return To Competitive Cricket. Watch

Sreesanth made a comeback to competitive cricket after seven years and announced his return with a fine wicket. 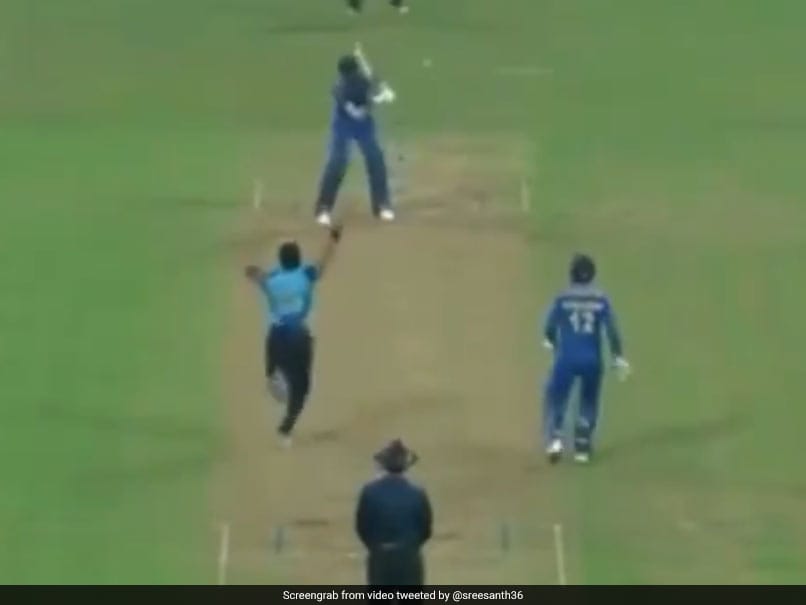 Fast bowler S Sreesanth, who made a return to competitive cricket on Monday, is relishing his comeback where he picked his first wicket in seven years. Sreesanth, who was named in the Kerala squad for the Syed Mushtaq Ali Trophy last month, bagged his first wicket in seven years as he announced his return to competitive cricket in the match against Puducherry. The pacer in the fourth over castled Fabid Ahmed to reduce the side to 26/2 in the national T20 competition.

Thanks a lot for all the support and love ..it's just the beginning..with all of ur wishes and prayers many many many more to go..lots of respect to u nd family .. #blessed #humbled #cricket #bcci #kerala #love #team #family #india #nevergiveup pic.twitter.com/bMnXbYOrHm

"Thanks a lot for all the support and love ..it's just the beginning..with all of ur wishes and prayers many many many more to go..lots of respect to u nd family .. #blessed #humbled #BCCI #india #nevergiveup," Sreesanth tweeted.

Puducherry scored 138 runs in their allotted 20 overs with Ashith Rajiv top-scoring for the side. Kerala's Jalaj Saxena was the pick of the bowlers as he bagged three wickets while giving away just 13 runs.

Kerala then chased down the target with 10 balls to spare on the back of an all-round batting performance. Skipper Sanju Samson top-scored with 32 runs while opening batsman Robin Uthappa hit 21 off 12 balls.

Sreesanth was banned by the Board of Contol for Cricket in India (BCCI) in August 2013 along with his Rajasthan Royals teammates Ajit Chandila and Ankeet Chavan for indulging in alleged spot-fixing in the Indian Premier League (IPL).

However, last year, his lifetime ban was reduced to seven years, which got over in September. The Indian seamer was seen in the best of form as he bowled in full flow and finished with figures of 1-29 on Monday.

Comments
Topics mentioned in this article
Sreesanth Cricket
Get the latest updates on Fifa Worldcup 2022 and check out  Fifa World Cup Schedule, Stats and Live Cricket Score. Like us on Facebook or follow us on Twitter for more sports updates. You can also download the NDTV Cricket app for Android or iOS.