Rohit Sharma took to Instagram to share a picture with his daughter Samaira, discussing their love for the ocean. 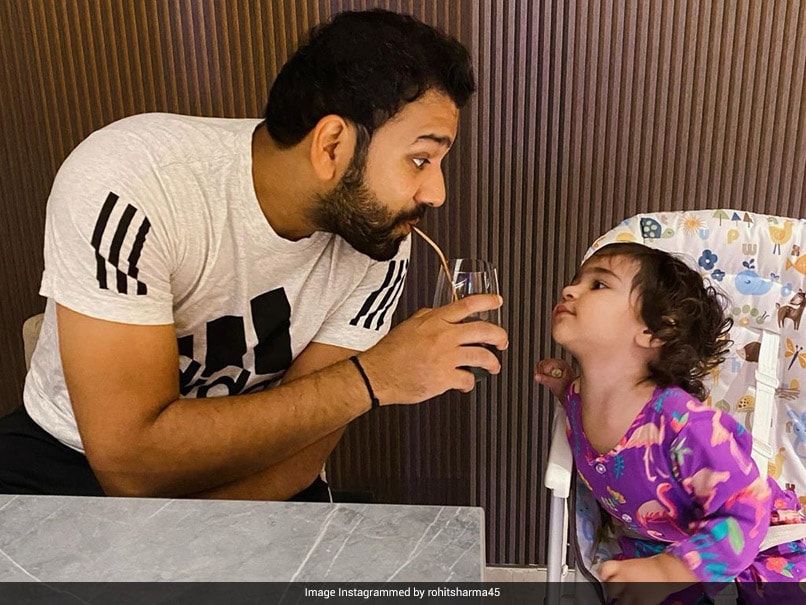 Rohit Sharmatook to Instagram on Saturday to share an adorable picture with his daughter Samaira while teaching her the importance of saying no to plastic and discussing their love for the ocean. "Mornings with my munchkin Discussing our love for the ocean and why it's important to say no to plastic straws. Teach them young," Rohit Sharma captioned the picture. Soon after the 33-year-old batsman shared the image, apart from his fans, India leg-spinner Yuzvendra Chahalreacted to the post by commenting with multiple heart emojis.

Mornings with my munchkin Discussing our love for the ocean and why it's important to say no to plastic straws. Teach them young

On Friday, Rohit, who is a Real Madrid fan, congratulated the Spanish football giants for winning their 34th La Liga title.

While cricket in the country has come to a grinding halt due to the coronavirus pandemic, some senior players have started outdoor training.

Rohit, in one of his Instagram posts, revealed that he sweated it out in the park after a long time.

Rohit, who made his One-Day International debut against Ireland in 2007, has scored 29 hundreds in the 50-over format so far.

In the Indian Premier League, Rohit Sharma, who leads the Mumbai Indians, is the most successful captain with four titles to his name.

Rohit has scored 4,898 runs in 188 IPL games. He has 36 half-centuries and a hundred to his name in the franchise-based tournament.

The 13th edition of the IPL has been postponed indefinitely but the Board of Control for Cricket in India (BCCI) has not ruled out the possibility of going ahead with the tournament this year.