Rohit Sharma's daughter Samaira celebrated her second birthday on Wednesday and Ritika Sajdeh came up with a series of adorable pictures to wish their cookie monster. 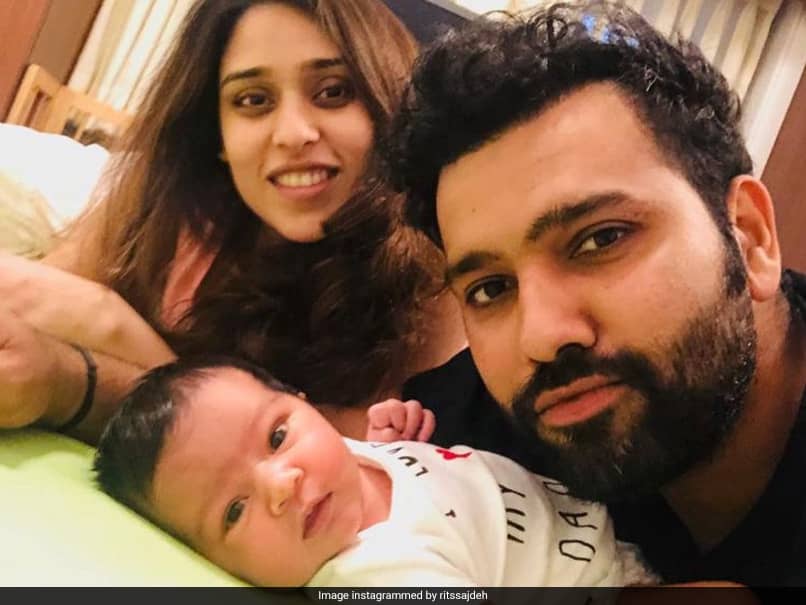 Rohit Sharma's wife Ritika Sajdeh took to Instagram on Wednesday to share a series of adorable pictures of their daughter Samaira on her second birthday. "HOW CAN YOU BE TWO ALREADY!!!!! Happiest birthday my Sammy-boo! Here's to another year filled with Disney movies, bubbles, dancing on the deck, ocean adventures and to us exploring the world with dada love you our Cookie Monster," Ritika captioned the pictures on Instagram.

Rohit Sharma too posted a few pictures of his daughter on her second birthday to extend birthday greetings from Australia.

Rohit, who missed the first two Tests in Australia, will be available for the remaining two matches with the series level at 1-1.

India lost the first game of the four-match series in dramatic style by eight wickets but came roaring back in the Boxing Day Test to square the series.

After the win in Melbourne, India head coach Ravi Shastri confirmed that Rohit will be joining the team on Wednesday but a call on his inclusion in the XI will be taken later.

"Rohit Sharma will join the team tomorrow. We will have a chat with him to see where he is placed physically because he has been in quarantine for the last couple of weeks. We'll also see how he feels before we take the call," Shastri had said in the post-match press conference.

On Tuesday, Cricket Australia confirmed that Sydney Cricket Ground will host the third Test after it was speculated that MCG might host the match due to rising COVID-19 cases in Sydney.