Speaking to ANI, Rohit Sharma revealed his favourite footballer and also opened up about an El Clasico experience in 2020. 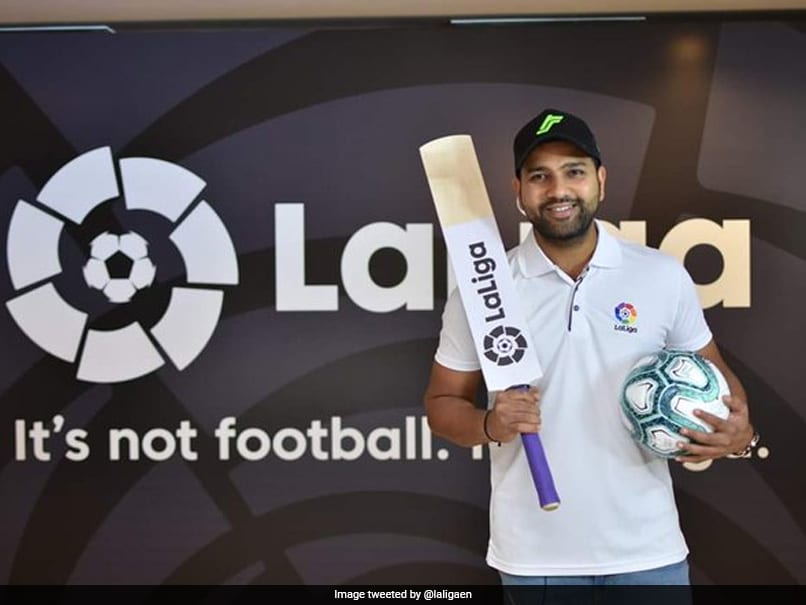 Rohit Sharma is India's official ambassador for La Liga and has been used in their promotional content on many occasions. So it wasn't much of a surprise when the India captain revealed in an interaction that former Real Madrid star Zinedine Zidane is his favourite footballer. The Frenchman also opened up about his experience when he watched an El Clasico match between Barcelona and Real Madrid in 2020. While conversing to ANI, he said, "I would say live, I went to El Clasico in 2020, just before COVID struck. We were there in Madrid to watch the Real Madrid and Barcelona game. So that was my best-ever memory of La Liga so far. I want to create more memories with La Liga, but now because we play so many games, and there are so many restrictions right now. I'm not able to travel there and experience it".

Rohit is currently with Mumbai Indians (MI), who are currently busy with the ongoing Indian Premier League (IPL) 2022 season.

Rohit and Mumbai haven't had a good start to the ongoing campaign and have failed to win a match yet.

Until now, Mumbai have played two games and have lost both fixtures.

The franchise played their first match against Delhi Capitals (DC) on March 27 and lost by 4 wickets. It was followed by a 23-run defeat to Rajasthan Royals (RR) on April 2.

MI face Kolkata Knight Riders (KKR) in their next match on Wednesday and will be aiming for a win.

Real Madrid Zinedine Zidane Cricket
Get the latest updates on IPL Auction 2023 and check out  IPL 2023 and Live Cricket Score. Like us on Facebook or follow us on Twitter for more sports updates. You can also download the NDTV Cricket app for Android or iOS.