Robin Uthappa, in this new video, is seen dancing alongside his wife and a few other people. 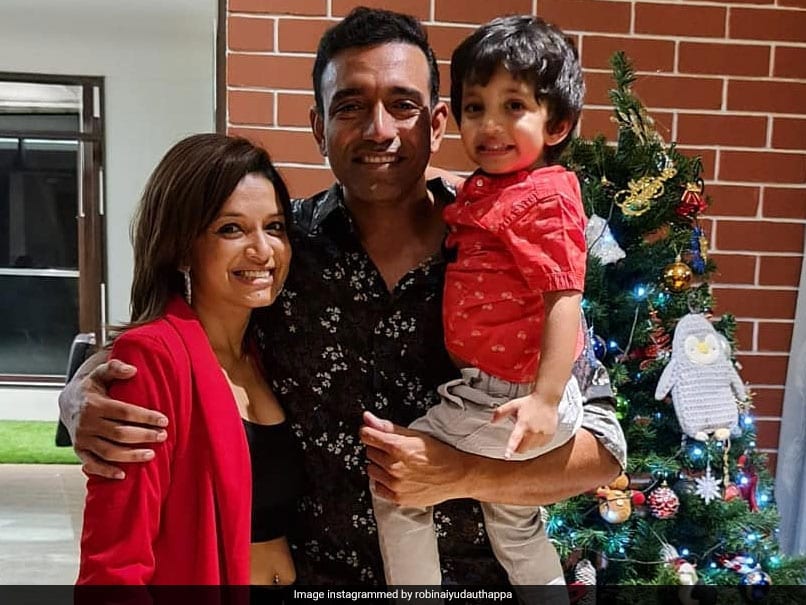 Veteran India opener Robin Uthappa on Sunday flaunted his dancing talent in a new Instagram video. In the short clip, Uthappa along with his wife and former tennis player, Sheethal Goutham, and a few other people can be seen dancing. The video was an instant hit and had over one lakh views. Uthappa, who has been has been quite active on social media ever since the suspension of the 14th edition of the Indian Premier League (IPL 2021), captioned the video, "You gotta commit to the role if your wife wants to embarrass you."

His Chennai Super Kings (CSK) teammate Ruturaj Gaikwad was among one of the first to like the video and even comment on it. Gaikwad said, "Robbie bhai, ten out of ten for you".

The 35-year-old batsman often shares photos and videos with his wife and son on Instagram. Though he was part of the CSK squad during IPL 2021, he did not feature in any of the team's playing XI, as their openers, Gaikwad and Faf du Plessis, were in terrific form.

CSK were placed at the second spot in IPL standings with 10 points under their belt, behind league leader Delhi Capitals (DC). The MS Dhoni-led outfit played seven games this season and won five of them. They were beaten only twice - first by table-toppers Delhi and the second time by defending champions Mumbai Indians.

Robin Uthappa IPL 2021 Cricket
Get the latest updates on SA vs IND 2021-22, check out the Schedule and Live Score . Like us on Facebook or follow us on Twitter for more sports updates. You can also download the NDTV Cricket app for Android or iOS.