Ravichandran Ashwin has 'mankaded' batsmen earlier too. But the conclusion was a little different. 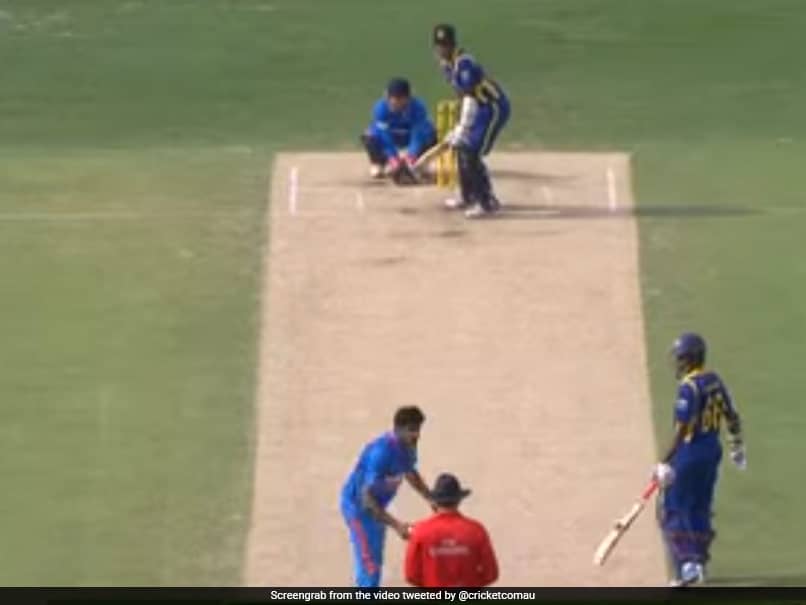 Ravichandran Ashwin, Kings XI Punjab skipper, sparked an outrage after 'mankading' Rajasthan Royals' Jos Buttler in the 13th over of an Indian Premier League (IPL) match on Monday. Although it was the first-ever such incident in the history of the IPL, it wasn't the first time Ravichandran Ashwin 'mankaded' a batsman. In 2012, Ashwin had done the same with Sri Lanka's non-striker Lahiru Thirimanne during a Commonwealth Bank Series match in Australia. In the 40th over of that match, Ashwin 'mankaded' Thirimanne, after which the umpire asked the then Indian captain Virender Sehwag whether he would reconsider the appeal.

Following the uproar over Ravi Ashwin's IPL 'Mankad', here's a look back at an incident from a 2012 ODI against Sri Lanka at the Gabba pic.twitter.com/IRR528s0ha

Sehwag withdrew the appeal citing there would be criticism and that the move was "not in the spirit of the game".

As many criticised Buttler's dismissal, Ashwin defended himself, saying that his action was "instinctive".

"I didn't even load and he just left the crease. We ended on the right side of the coin, but I definitely think that those are game-changing moments and batsmen need to be wary of it," Ashwin said at the post-match ceremony.

However, the Marylebone Cricket Club (MCC), the cricket lawmakers, has released a statement regarding Ravichandran Ashwin's 'mankad' dismissal of Jos Buttler, insisting that the rule is essential.

"This law is essential. Without it, non-strikers could back up at liberty, several yards down the pitch and a law is needed to prevent such action," the MCC statement read on Tuesday.

The incident was aggressively debated because Buttler was still in his crease when Ashwin arrived, only for the bowler to pull out of his action and wait for the wicketkeeper batsman to step forward before whipping off the bails.

Moreover, according to MCC's statement, the dismissal of Buttler could have been adjudged out or not out, subject to interpretation of when Ashwin would have been expected to release the ball.

Lahiru Thirimanne Cricket
Get the latest updates on India vs Australia Series, check out the India vs Australia Schedule for 2020-21 and Ind vs Aus live score . Like us on Facebook or follow us on Twitter for more sports updates. You can also download the NDTV Cricket app for Android or iOS.