While Dinda's second innings figures were 3/26 in addition to 7/21 in the first essay, it was Shami, who really made the difference in the second innings with six for 61. 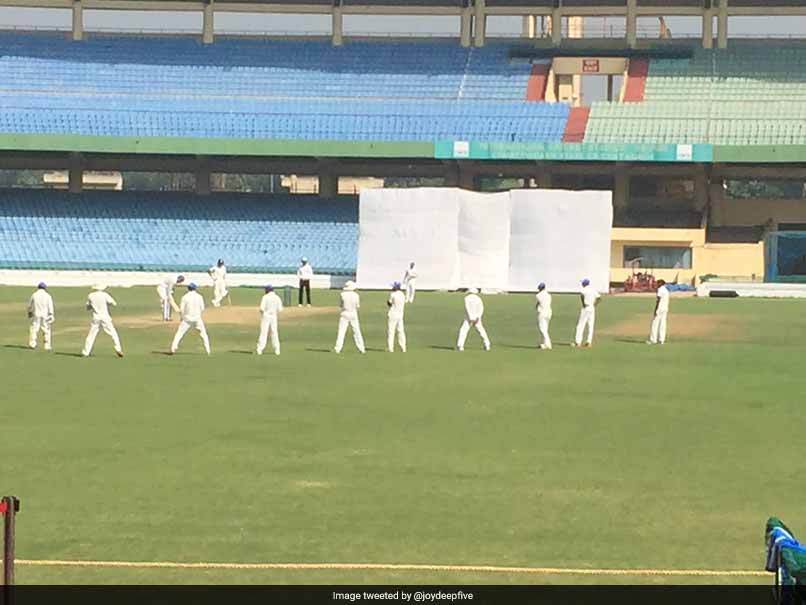 Tiwary set up a nine-man slip cordon with Dinda and Shami bowling in tandem.© Twitter

Ashok Dinda made it a memorable 100th first-class game for himself with figures of 10 for 47, overshadowing India star Mohammed Shami's match-haul of eight wickets, as Bengal crushed Chhattisgarh by an innings and 160 runs in a Ranji Trophy Group D encounter on Tuesday. Following on, Chhattisgarh started the final day at 229 for 5 but lost the final five wickets for only 30 more runs as they were all out for 259 in their second innings. While Dinda's second innings figures were 3/26 in addition to 7/21 in the first essay, it was Shami, who really made the difference in the second innings with six for 61.

With with one wicket away from a win, Bengal skipper Manoj Tiwary set up a nine-man slip cordon with Dinda and Shami bowling in tandem.

What a treat to watch Dinda & Shami bowl in tandem pic.twitter.com/caWabOOnnb

After Joydeep Mukherjee, Cricket Association of Bengal's Director of Cricket, tweeted an image of this unique sight, fans decided to have a bit of fun at Dinda's expense.

When watching Dinda bowl becomes treat????????? I saw his many times during ipl but never felt like that ??

Shami's match figures were 8 for 105 - a reminder to the selectors that he is in fine form.

Most of Shami's wickets were either leg-before or bowled to right-hand batsmen - an indication that he was getting the ball to jag back.

Dinda, on the other hand, bowled his customary hit the deck the stuff with occasional fuller delivery getting his 23rd five-wicket and sixth 10-wicket haul in first class cricket.

Dinda is one of the leading wicket-takers in Bengal's cricketing history with 364 scalps from 100 first-class games.

Comments
Topics mentioned in this article
Ashok Dinda Mohammed Shami Cricket
Get the latest updates on IPL 2021, IPL Points Table , IPL Schedule 2021 , live score . Like us on Facebook or follow us on Twitter for more sports updates. You can also download the NDTV Cricket app for Android or iOS.