Opener Prashant Chopra smashed a triple century as Himachal Pradesh posted a mammoth 729/8 (decl) against Punjab to dominate the second day of the Ranji Trophy match at Dharamsala on Sunday. 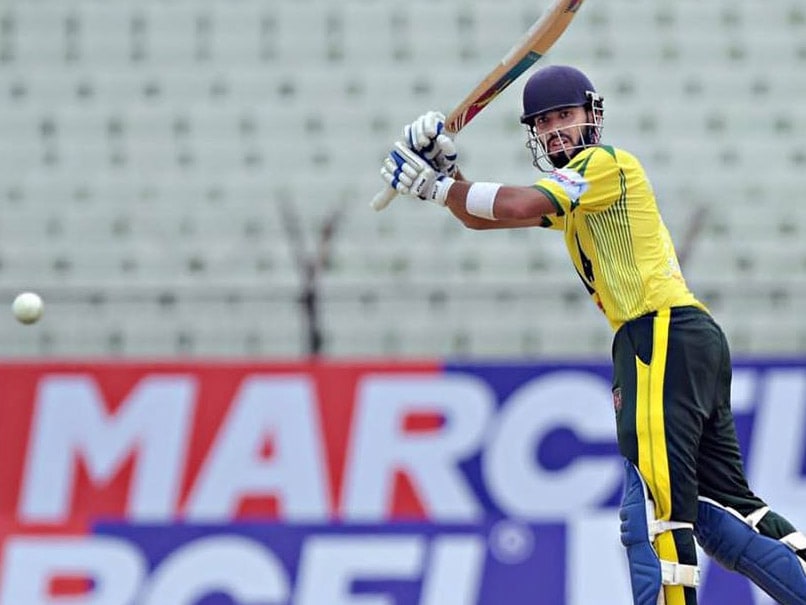 Opener Prashant Chopra smashed a triple century as Himachal Pradesh posted a mammoth 729/8 (decl) against Punjab to dominate the second day of the Ranji Trophymatch at Dharamsala on Sunday. The 25-year-old, who was dismissed on 338 after a marathon innings in 363 balls, also registered the 10th highest individual score in the tournament. Incidently, Chopra became only the third player in the history of first-class cricket to score a triple century on birthday.

Earlier, Chopra scored an astounding 271 not out on the first day, the second highest individual score in a single day by an Indian batsman in first-class cricket. Chopra's 271 of 289 balls with 37 boundaries and a six was also the highest individuals runs accumulated in a single day's play by an Indian batsman in 67 years. Bhausaheb Nimbalkar during his epic knock of 443 for Maharashtra in 1948-49 had scored 277 runs in a single day (reaching 301 from overnight score of 24).

The Himachal batsman has also been picked in the India A squad against New Zealand and would miss the team's next league game.

At stumps, Punjab were 110 for 1 with Jiwanjot Singh unbeaten on 34 in company of Uday Kaul (2 batting). Opener Pargat Singh scored an attacking 64 off 69 balls before being dismissed.

The match however belong to Chopra, who had scored in excess of 900 runs last season and was recently a part of the India A team.

Chopra, started the day at 271 and went onto score 338 off only 363 balls with as many as 44 boundaries and two sixes to his credit.

Finally, it was off-break bowler Pargat, who ended Chopra's incredible effort by taking a return catch.

With the Punjab attack sans their skipper Harbhajan Singh in real tatters, Ankush Bains (80), Rishi Dhawan (49) also feasted on the bowling to ensure that they pile up a gigantic score.

In another group B match at the Palam Ground in Delhi, Bengal declared their first innings at 552 for 9, with top three players Sudeep Chatterjee (115), skipper Manoj Tiwary (69) and Wriddhiman Saha (55) amongst runs.

In reply, Services were 103 for 1 at stumps on the second day with Mohammed Shami (1/33) getting the only wicket. The highlight of the second day's play was Ashok Dinda's 25-ball-55 with eight boundaries and two sixes.

With Mohammed Shami (23), the final wicket yielded 77 runs for Bengal to take their score past 550 runs. Before that, Amir Gani (51) added 76 runs with Kanishk Seth (30) for the eighth wicket.

Comments
Topics mentioned in this article
Prashant Chopra Cricket
Get the latest updates on IPL Auction 2023 and check out  IPL 2023 and Live Cricket Score. Like us on Facebook or follow us on Twitter for more sports updates. You can also download the NDTV Cricket app for Android or iOS.