Rajesh Sawant, India A And U19 Trainer, Found Dead in Mumbai Hotel Room

Rajesh Sawant's room at the team hotel was checked after he failed to turn up for the U-19 team's training session. Sawant reportedly died in his sleep. 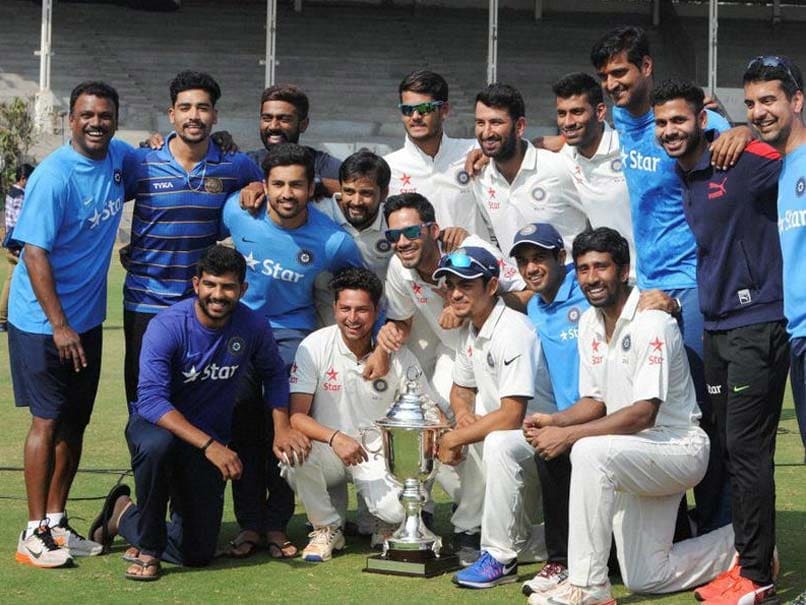 Rajesh Sawant (first from L) was part of the Rest of India staff that recently won the Irani Cup.© PTI

In a shocking development, Rajesh Sawant, the strength and conditioning trainer of the India Under-19 and A cricket teams, was found dead in Mumbai on Sunday. Sawant's room at the team hotel was checked after he failed to turn up for the U-19 team's training session. Sawant reportedly died in his sleep.

"What I have gathered so far is he did not report for team activities in the morning, so people started looking for him and eventually he was found to have been passed away in his room," Amitabh Choudhary, the Board of Control for Cricket in India joint secretary, told Sportstar.

"I have asked Prof (Ratnakar) Shetty to visit the site and keep me updated."

"When there was no response after knocking the door repeatedly, the room was opened and they (the staff members) found him lying unconscious," police said.

Marine Drive Police was informed and Sawant was immediately shifted to Bombay Hospital where he was declared dead before admission.

It is suspected that he may have died due to cardiac arrest, they added.

The exact reason of his death will be ascertained only after post-mortem, Deputy Commissioner of Police Manojkumar Sharma said.

The India U-19 team, which is due to play five 50-over and two four-day games against England Under-19, will take on the visitors in the first limited-overs match on Monday at Mumbai's Wankhede Stadium.

Sawant was part of the Rest of India backroom staff that recently won the Irani Cup after beating Gujarat by six wickets.

Sawant has also worked with multiple age-group teams of the Mumbai Cricket Association, as well as the Afghanistan national cricket team under head coach Lalchand Rajput.

Former India captain Rahul Dravid is the current coach of the India A and U-19 teams.