MS Dhoni's legions of fans including 7.8 million Twitter followers and a few former teammates said they did not want to see 7 on the back of any other Indian cricketer's jersey. 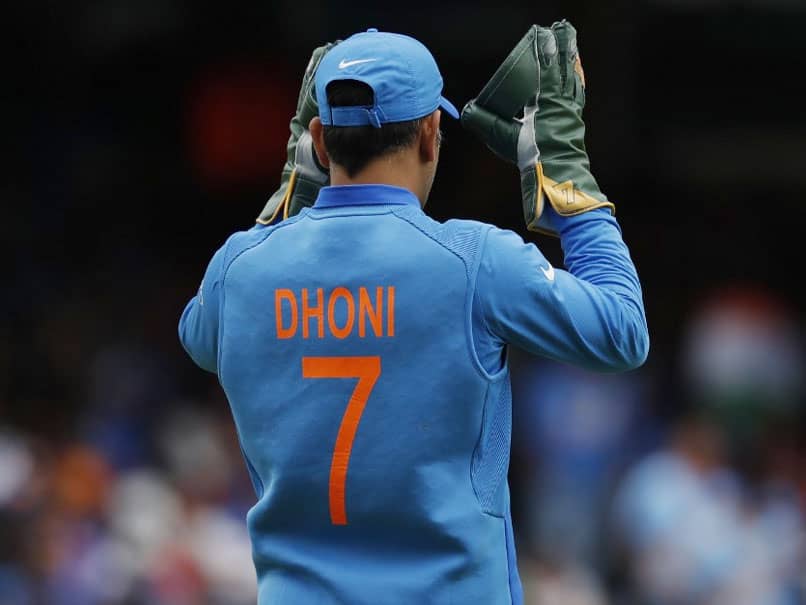 Players and fans Sunday urged the Board of Control for Cricket in India (BCCI) to retire MS Dhoni's number seven jersey in a tribute to the two-time World Cup winning captain. Dhoni, 39, called time on his over 15-year-old international career on Saturday with a cryptic message on his Instagram post that read "From 1929hrs consider me as retired". The BCCI confirmed the news in a statement, saying: "The boy from Ranchi, who made his ODI debut in 2004, changed the face of Indian cricket with his calm demeanour, sharp understanding of the game and astute leadership qualities."

Dhoni's legions of fans including 7.8 million Twitter followers and former teammate Dinesh Karthik said they did not want to see 7 on the back of any other Indian cricketer's jersey.

"I hope the @bcci retire the #7 jersey in white ball cricket Good luck with your second innings in life , I'm sure you'll have a lot of surprises for us there too," Karthik, a wicketkeeper-batsman, tweeted.

There is no provision to retire jerseys in cricket, unlike in football.

Dhoni, a flamboyant wicketkeeper-batsman who led India to win the inaugural T20 World Cup in 2007 and lifted the 50-over showpiece event in 2011, was born on July 7.

He is a self-confessed fan of Portuguese football megastar Cristiano Ronaldo, who also wears a famous number seven jersey.

"@BCCI should retire "Jersey Number 7" as a Tribute to Legend MS Dhoni," a fan wrote on Twitter.

Another fan urged social media users to start trending "#RetireJersey7" as "Jersey number 7 was not just a number but an emotion the country is going to miss".

Dhoni, dubbed 'Captain Cool' because of his unflappable style, will continue to lead his team Chennai Super Kings in the Indian Premier League starting in the United Arab Emirates next month.

Dhoni quit Tests in 2014 and has not played for the national side since India's World Cup semi-final loss against New Zealand in England last year -- his 350th one-day international.

Cricketers from across the globe paid tribute to the glittering career of Dhoni, who was fondly called 'Mahi' by his teammates.

Australian opener David Warner wrote: "Congrats @msdhoni on a fantastic career, he is one of the coolest guys I've played against on the park."

"One of the true legends of Indian cricket and one of the greatest captains, congratulations on a great career MS Dhoni! All the best for your future," former Pakistan skipper Shahid Afridi added on social media.