MS Dhoni and Suresh Raina both announced retirement from international cricket on Saturday. 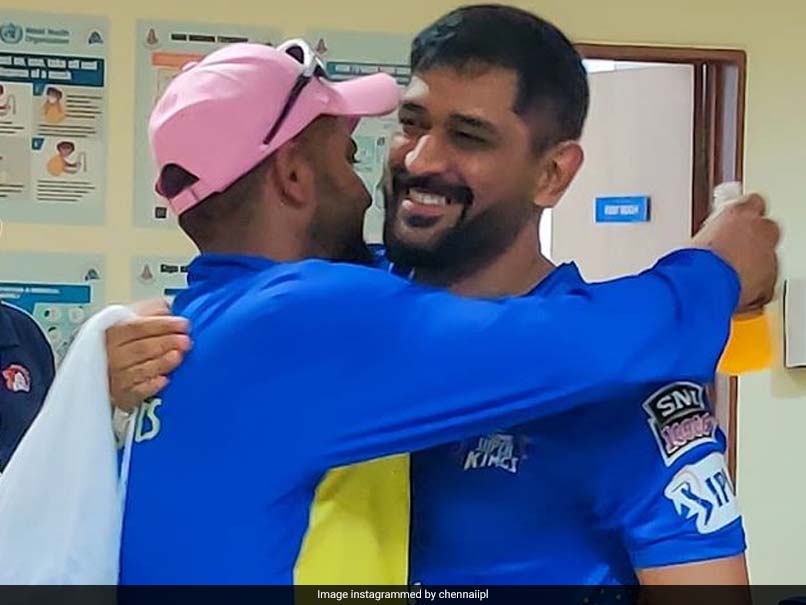 Indian Premier League (IPL) franchise Chennai Super Kings (CSK) on Sunday shared an emotional video of captain MS Dhoni and his deputy Suresh Raina meeting their club teammates after the Indian contingent of the team arrived in Chennai for a short training camp before they fly out to the United Arab Emirates for the 13th edition of the cash-rich league. "Two roads converged on a #yellove wood..." the team wrote as the caption for the video on Twitter, along with the hashtags #Thala and #ChinnaThala, the popular nicknames given to Dhoni and Raina by the CSK fans.

The video comes a day after both Dhoni and Raina announced their retirements from international cricket.

"Thanks," Dhoni wrote, starting his post. "Thanks a lot for ur love and support throughout.from 1929 hrs consider me as Retired," he wrote, along with a montage of pictures, capturing his career with the national team.

Soon after, Raina joined him.

"It was nothing but lovely playing with you, @mahi7781 . With my heart full of pride, I choose to join you in this journey. Thank you India. Jai Hind," the left-handed batsman wrote on Instagram, sharing a picture with MS Dhoni and other CSK teammates.

Dhoni and Raina were among a group of CSK players who arrived in Chennai on Friday for a short training camp.

They are scheduled to fly out to Dubai on August 21.

CSK will be in action right away when this year's season of the IPL gets underway in the UAE on September 19.

The Dhoni-led team will take on Mumbai Indians in the tournament opener in a repeat of last year's final.

Suresh Raina Cricket
Get the latest updates on IPL Auction 2023 and check out  IPL 2023 and Live Cricket Score. Like us on Facebook or follow us on Twitter for more sports updates. You can also download the NDTV Cricket app for Android or iOS.