Pakistan's Test batsman Sharjeel Khan has been handed a five-year ban, half of it suspended by the three member anti-corruption tribunal of the Pakistan Cricket Board, based on circumstantial evidence. 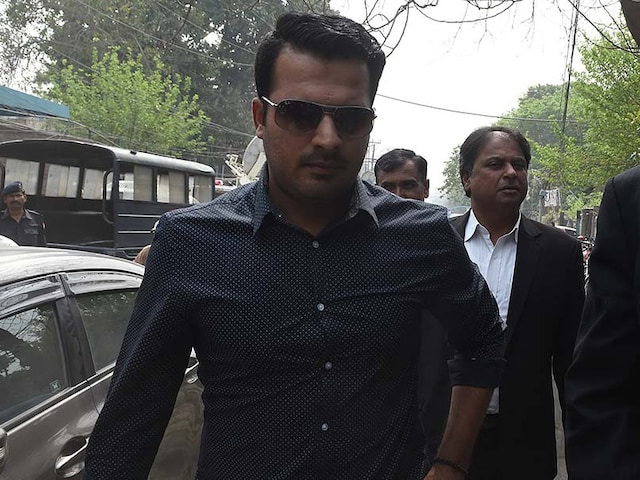 Pakistan's Test batsman Sharjeel Khan has been handed a five-year ban, half of it suspended by the three member anti-corruption tribunal of the Pakistan Cricket Board, based on circumstantial evidence. The 60 pages final order of the tribunal headed by retired Lahore High Court judge Asghar Haider lists many reasons for it reaching the conclusion that Sharjeel had committed all five charges brought against him by the PCB after he was sent back with Pakistan teammate Khalid Latif from the Pakistan Super League in February this year and suspended under the anti-corruption code.

The final order does state that despite being given anti-corruption lectures, Sharjeel allegedly met with bookmaker called Yousuf Anwar at a cafe near Conrad hotel in Dubai on February 9 with Khalid Latif.

The order states that Sharjeel agreed to spot fix while playing for Islamabad United against Peshawar Zalmi in the first match of the second PSL and the arrangement in lieu of payment.

The order says as alleged by the PCB the signal agreed between Sharjeel and the bookmaker and his accomplice was that Sharjeel would do a strech (a squat) before facing the balls after the first over to confirm the deal.

The order says Sharjeel did give the signals of squating and played two dot balls confirming the PCB allegations.

The interesting thing is while the final order confirms that the anti-corruption and security unit of the International Cricket Council also grilled Sharjeel and Khalid soon after the Islamabad and Peshawar match, it does not highlight any solid evidence by way of video recording, telephone recordings, audio clips, financial transactions or pictures of Sharjeel meeting the bookmaker to spot-fix.

Comments
Topics mentioned in this article
Pakistan Cricket Team Sharjeel Khan Cricket
Get the latest Cricket news, check out the India cricket schedule, Cricket live score . Like us on Facebook or follow us on Twitter for more sports updates. You can also download the NDTV Cricket app for Android or iOS.