Pakistan vs West Indies: Confusion and misunderstanding reigned supreme as Mohammad Hasnain and Iftikhar Ahmed made a mess of a simple catch in the third and final T20I on Thursday. 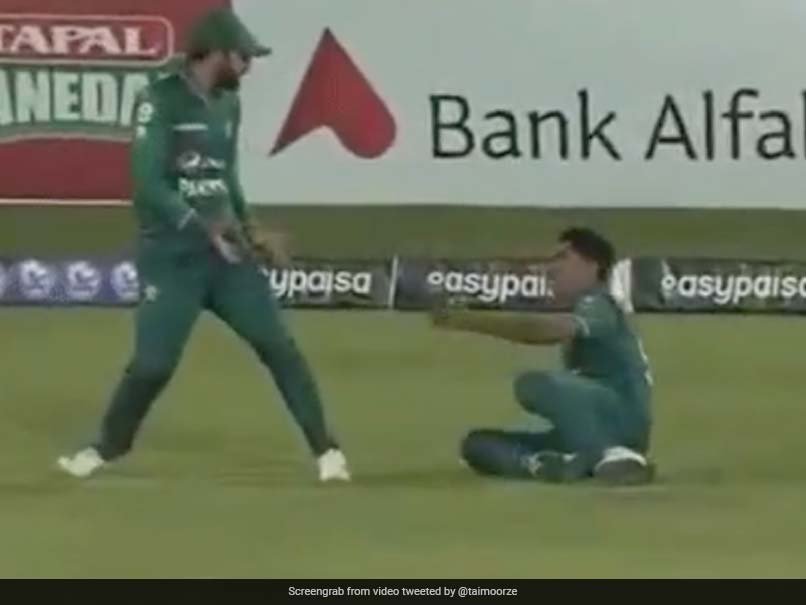 The Pakistan men's cricket team has been on a roll in the T20I format this year. They reached the semi-finals of the T20I World Cup 2021 and followed it with a 3-0 whitewash of the West Indies at home, showcasing the depth and talent they possess in the format. However, despite the presence of some world-class batters and bowlers in their ranks, Pakistan proved, yet again, how fielding remains their Achilles heel. It was the eighth over of the West Indies innings when Shamarh Brooks mistimed a Mohammad Nawaz delivery only to be given a let off by two converging Pakistan fielders, Mohammad Hasnain and Iftikhar Ahmed. The entire episode reminded fans of earlier occasions of similar mishaps which brought Pakistan's poor fielding to the forefront.

Brook's shot dropped in the long-on region right in the middle of the two fielders as both looked at each other, hoping for the other to grab hold of the chance.

However, that wasn't the case as the batter was given a second chance while the two Pakistan players involved, unwillingly recreated the comical happenings between Shoaib Malik and Saeed Ajmal, a few years ago.

Fortunately, the drop catch didn't affect the result of the game as Pakistan registered a seven-wicket win and completed a 3-0 whitewash in the T20I series at home.

Pakistan openers Mohammad Rizwan and Babar Azam scored individual fifties to help their team chase down a stiff target of 208 runs in only 18.5 overs.

Mohammad Hasnain Cricket
Get the latest updates on IPL Auction 2023 and check out  IPL 2023 and Live Cricket Score. Like us on Facebook or follow us on Twitter for more sports updates. You can also download the NDTV Cricket app for Android or iOS.