Watch: Hit For A Massive Six, Pakistan Pacer Mohammad Wasim Gets His Revenge In Style

Pakistan vs West Indies: If there was an advert on how to make a comebackfor a fast bowlerafter being hit for a six, then Pakistan seamer Mohammad Wasim Jr would be one of the frontrunners to be the protagonist. 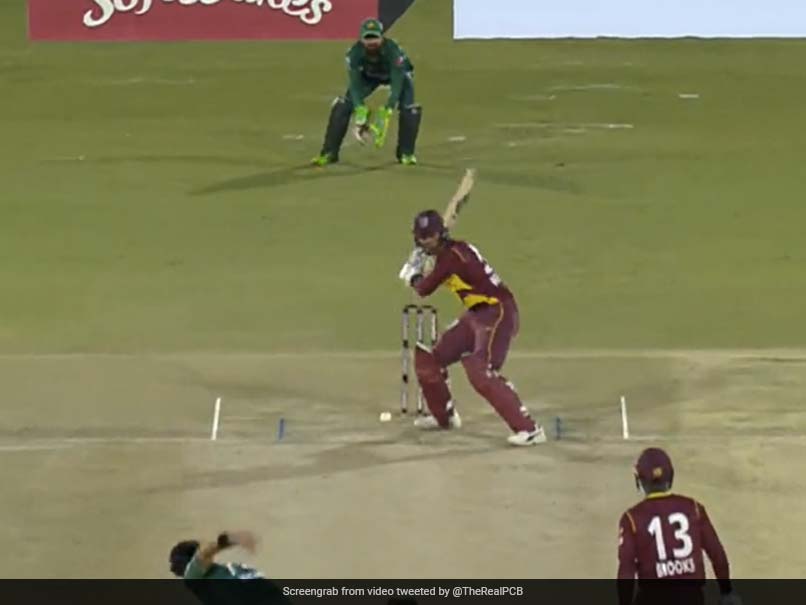 Watch: Hit for a massive six, Pakistan's Mohammad Wasim gets his revenge© Twitter

If there was an advert on how to make a comeback for a fast bowler after being hit for a six, then Pakistan seamer Mohammad Wasim Jr would be one of the frontrunners to be the protagonist. The right-arm seamer was hit for a huge six by Brandon King that landed on the roof of the National Sports Stadium in Karachi in the sixth over of the West Indies' innings in the third T20I. On the very next ball, Wasim came back with the perfect reply. He sent Kings' off-stump cartwheeling.

Opening the batting after Nicholas Pooran won the toss and elected to bat, King started off from where he had left off in the previous match.

He hit a flurry of boundaries to give the visitors' a great start. On the penultimate ball of the sixth over, he got a short one from Wasim which he smashed out of the park. The West Indies were 60 for no loss and there was still a ball to go for the end of the powerplay.

Sensing King might go for it again, Wasim decided to pitch it up but away from King's arc. King, instead of trying to use power, tried to use the pace of the ball but ended up missing it. The ball knocked the off stump out.

Wasim has been one of the star performers for Pakistan in this series. The speedster picked up 8 wickets in three matches to have a series to remember.

Meanwhile, Mohammad Rizwan and Babar Azam starred with the bat as Pakistan defeated the West Indies by seven wickets to complete a 3-0 sweep.

Chasing 208, Pakistan got off to a good start as openers Babar Azam and Mohammad Rizwan put on 60 runs inside the first six overs. At the halfway mark, Pakistan's score read 98/0, with the hosts needing 110 runs to win from the final 10 overs.

Babar and Rizwan put on 158 runs for the opening wicket, and this saw both batters going past their fifty-run mark. Babar departed after scoring 79 while Rizwan was sent back to the pavilion after scoring 87. In the end, Pakistan registered a seven-wicket win with seven balls to spare.

West Indies Cricket Team Mohammad Wasim National Stadium, Karachi Cricket Pakistan vs West Indies, 3rd T20I
Get the latest updates on Fifa Worldcup 2022 and check out  Fifa World Cup Schedule, Stats and Live Cricket Score. Like us on Facebook or follow us on Twitter for more sports updates. You can also download the NDTV Cricket app for Android or iOS.