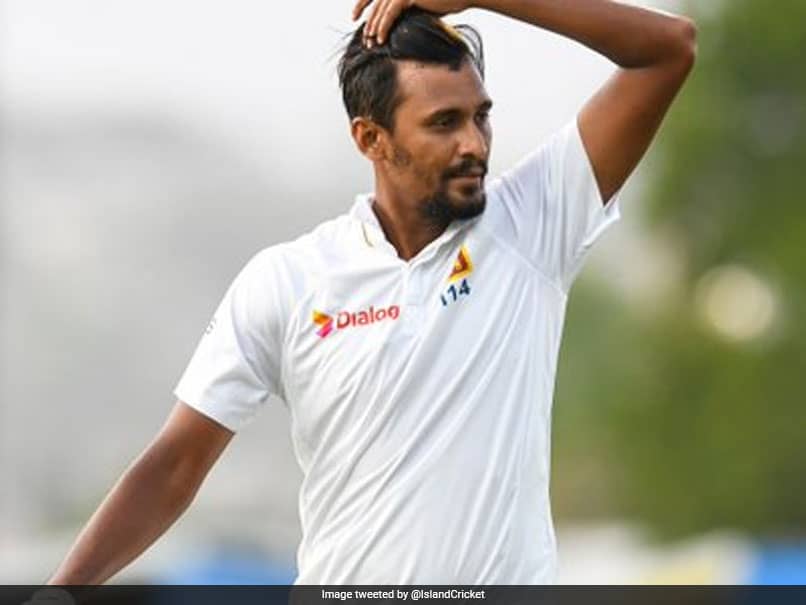 Sri Lankan fast bowler Suranga Lakmal will miss a two-match Test series in Pakistan after contracting dengue fever, Sri Lanka's cricket board announced Sunday. He will be replaced by Asitha Fernando, who will join the squad for the second match of the series, the first to be played in Pakistan for more than a decade following a militant attack on a touring Sri Lankan team in March 2009. Sri Lanka have also given former skipper Dinesh Chandimal a chance to fight his way back into the national team, now led by Dimuth Karunaratne.

The 30-year-old Chandimal played his last Test in Australia in February.

He was included in the squad that played New Zealand in August but did not play a match.

In October, half of the 16 Sri Lankan players originally named to play in a limited overs series in to Pakistan refused to travel, citing security fears.

New skipper Karunaratne was one of the eight players who stayed away from that tour.

The first Test will be played in Rawalpindi from December 11.

Suranga Lakmal Asitha Fernando Cricket
Get the latest updates on India vs Australia Series, check out the India vs Australia Schedule for 2020-21 and Ind vs Aus live score . Like us on Facebook or follow us on Twitter for more sports updates. You can also download the NDTV Cricket app for Android or iOS.