Pakistan vs Sri Lanka: Six floodlights stopped working during the second One-day International between Pakistan and Sri Lanka with the play being disrupted for at least half an hour. 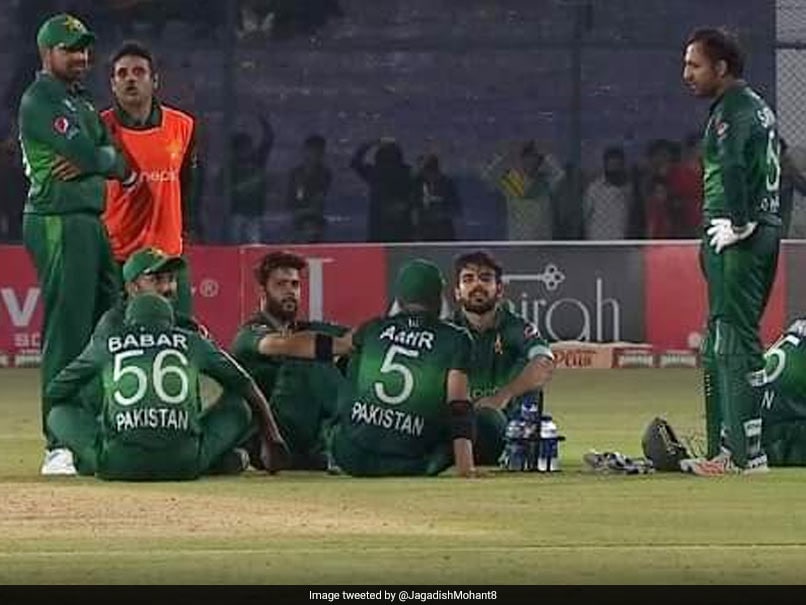 Pakistan vs Sri Lanka: The play was disrupted for at least 26 minutes.© Twitter

Pakistan hosted a One-day International (ODI) match in Karachi after 10 years. But the second ODI between Pakistan and Sri Lanka at the National Stadium in Karachi on Tuesday was marred by repeated floodlight failures due to power cuts. Six floodlights had stopped working during the second ODI twice with play being disrupted for at least half an hour. Trolls on Twitter took note of the incident and started trolling the Pakistan Cricket Board (PCB) for their poor arrangement for the match.

One of the trolls even suggested the Pakistan Cricket Board (PCB) might have failed to pay the electricity bills on time.

Check out the hilarious reactions from fans here:

Are they hosting a gully cricket??
Power off at Karachi..
Lol#PAKvSL

The word "lights" in "City of Lights" is silent#PAKvSL

#PAKvSL match stopped as one of the flood light towers has gone out. pic.twitter.com/21tpAXpUTs

Sri Lanka returned to play a bilateral series in Pakistan for the first time since their team bus was attacked in 2009. However, premier Sri Lanka cricketers Lasith Malinga, Angelo Mathews along with eight other players opted out of the tour citing security concerns.

Pakistan won the second ODI by 67 runs against Sri Lanka. A century from Babar Azam and a five-wicket haul from Usman Shinwari helped Pakistan clinch the victory.

The win gave Pakistan a 1-0 lead in the three-match series with the first ODI rained off in Karachi on Friday. The third and final match is also set for the same venue on Wednesday.