Gautam Gambhir mocked Pakistan's security arrangements made for the Sri Lankan team on tour in Karachi for the limited overs series. 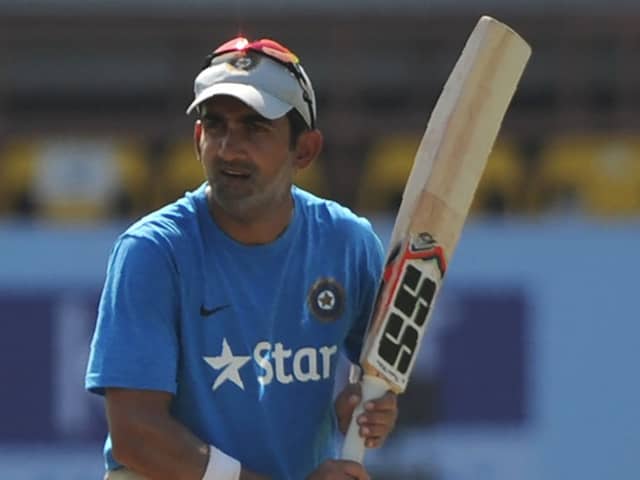 Sri Lanka will play three ODIs and as many T20Is in Pakistan.© AFP

Cricketer-turned-politician Gautam Gambhir has shared a video on his Twitter handle and mocked the security arrangements made for the Sri Lankan team on tour in Karachi for the limited overs series against the Men in Green. Sharing the video, which in all probability was recorded by a Pakistani citizen, Gambhir tweeted: "Itna Kashmir kiya ke Karachi bhool gaye." In the one-minute 26 seconds long video, two Karachi men, sitting in a car, seem to be mocking the level of security that has been deployed for the ongoing three-ODI series against Sri Lanka.

The two men narrate how cricket is being played in Pakistan in a "curfew-like situation".

Over 20 vehicles were deployed for the visiting team as they were heading for the National Stadium in Karachi for the second ODI which Pakistan won by 67 runs on Monday.

International cricket has returned to Pakistan after almost a decade and in order to ensure that no untoward incident happens to the visiting Sri Lankan team, Pakistan Cricket Board (PCB) has promised for a foolproof security.

The cricket team from the island nation is under Presidential level security for the three-match ODI and the subsequent T20I series.

Earlier, Pakistan Prime Minister Imran Khan raised the Kashmir matter in the UNGA last week and painted a chilling picture of bloodshed and terrorism. In the speech which lasted almost 30 minutes more than the allotted time, he issued threats of a conventional war between the two nuclear-armed neighbours spinning out of control.

Gautam Gambhir
Get the latest updates on IPL 2020, check out the IPL Schedule for 2020 and Indian Premier League (IPL) Cricket live score . Like us on Facebook or follow us on Twitter for more sports updates. You can also download the NDTV Cricket app for Android or iOS.