Gautam Gambhir Speaks On MS Dhoni's Future, Says It's About Country, Not Cricketer

Talking about MS Dhoni's retirement, Gautam Gambhir said it's not about the cricketer but the country and the selectors should start looking to the future. 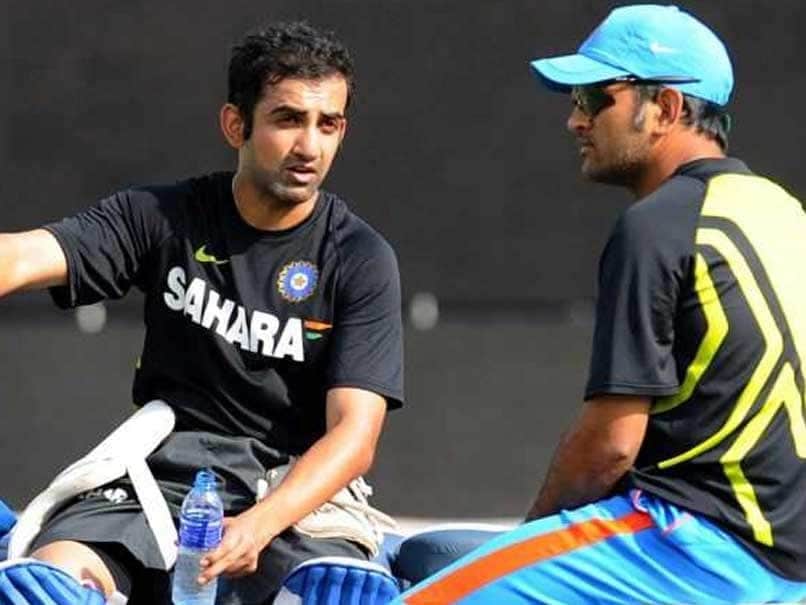 MS Dhoni is currently on a sabbatical from cricket and missed the bilateral series against the West Indies and South Africa after India's exit from the 50-over World Cup, which concluded on July 14 at Lord's. The man who led India to their second World Cup triumph in 2011 couldn't impress much with the willow in England. Since then, MS Dhoni's retirement has been one of the most talked-about issues in cricket. Former India opener Gautam Gambhir also spoke on the subject, opining that it's not about MS Dhoni but the country and selectors should start looking to the future.

"I feel that retirement is something, which is a very individual decision. Till the time you want to play you're allowed to play. But, ultimately you got to look into future as well," Gautam Gambhir told The Indian Express.

With the next 50-over World Cup scheduled to be played in India in 2023, Gambhir claimed that MS Dhoni would not be in the plans for that tournament.

He added that India captain Virat Kohli or whoever leads the side should go and tell Dhoni whether or not he is in the schemes of things.

"I don't see Dhoni playing the next World Cup. I think whoever is the captain, Virat Kohli or whoever along side him, should have the courage to say if Dhoni is not part of the schemes for the next World Cup," he said.

Gambhir, who retired from all forms of cricket in December 2018, was of the opinion that young players like Rishabh Pant and Sanju Samson deserve fair number of chances for the wicketkeeper's slot.

"You might want to give the opportunity to Rishabh Pant or Sanju Samson, any young cricketer. They should get the opportunity. Personally, if you ask me, I think it's time for Indian cricket to look beyond Dhoni," he added.

Recently, Dhoni was seen enjoying a game of billiards at the JSCA International Stadium Complex in his hometown of Ranchi.

Ranchi will host the third Test of the three-match Test series between India and South Africa from October 19 to 23.

Gautam Gambhir Cricket
Get the latest updates on IPL 2021, check out the IPL 2021 Schedule and Indian Premier League Live Score . Like us on Facebook or follow us on Twitter for more sports updates. You can also download the NDTV Cricket app for Android or iOS.